Use variables to remember information—such as a learner's name or a numeric value—then display dynamic content based on that information (view Working with Variable References).

Variables are also a great way to add conditional interactivity to courses (view Working with Triggers). And the good news is you don't have to know anything about coding!

Storyline 360 automatically creates variables for you in the following cases:

Need to change the value of a variable during a course? Easy. Just add an Adjust variable trigger. View this user guide to learn more about triggers. 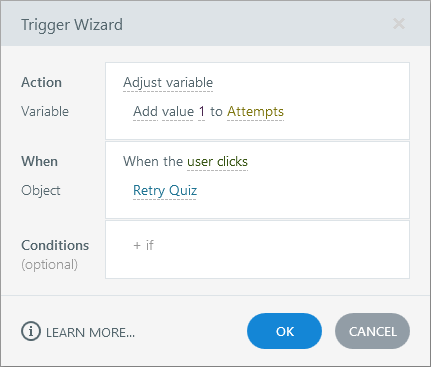 You can use variables to add conditions to triggers. View this user guide for details. 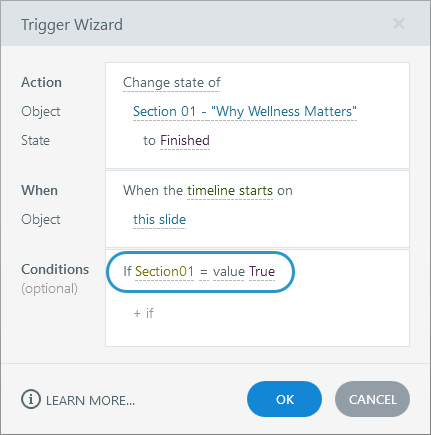 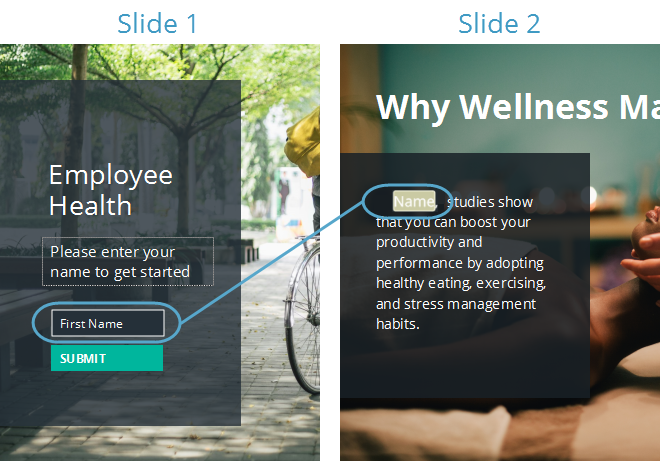 Because variables are so easy to use and perfect for building interactive courses, your variables manager could quickly become crowded. To find variables in the variables window, use the Project and Built-In tabs in the upper left corner to switch between variables you created and those provided by Storyline 360. And use the search field to locate the exact variable you're looking for. 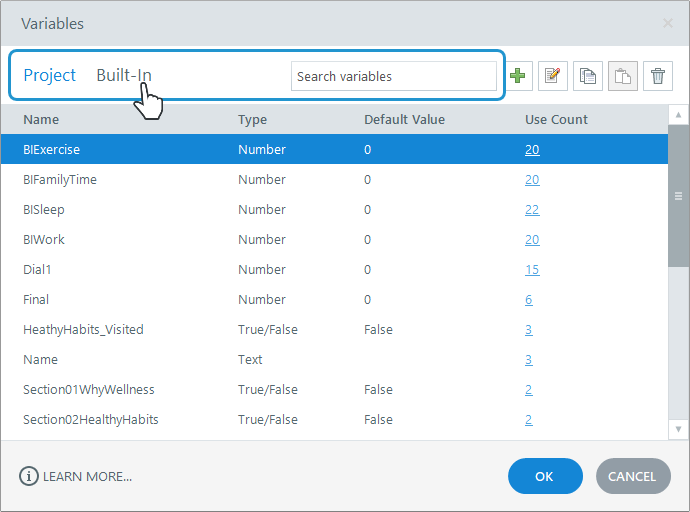 Finding Variables in Your Course

Storyline 360 will display all references to that variable in a separate window. 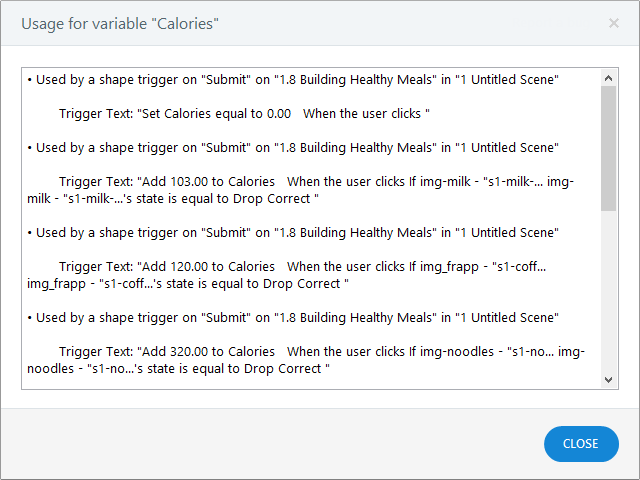 Storyline 360 has built-in translation features to help you localize content in different languages.