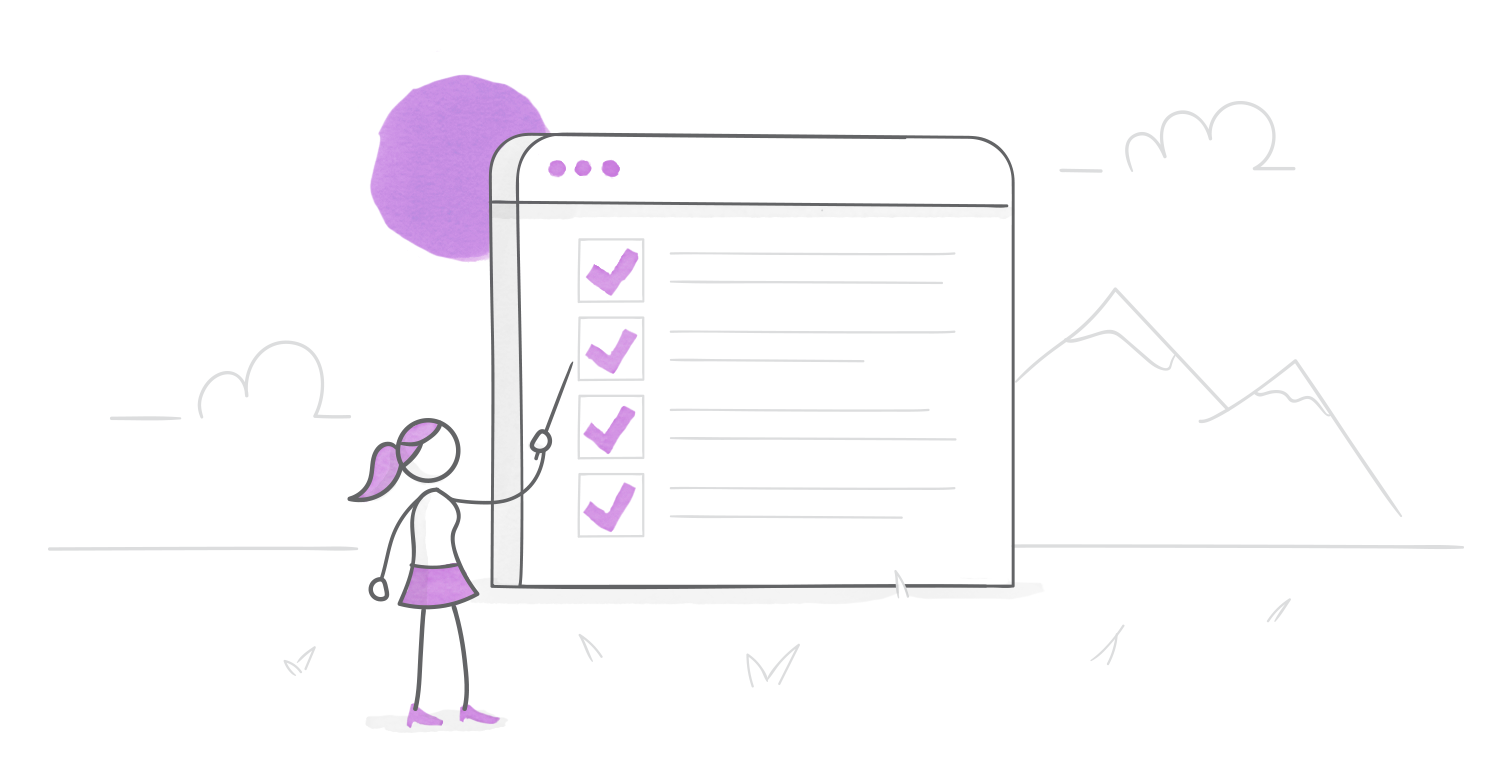 Storyline 360 allows you to quickly export all the text in your project for translation and then reimport it, automatically replacing all the original text with the translations. What a timesaver! But unfortunately, no matter how powerful Storyline 360’s translation feature, the nuances of translating one language to another mean you might still need to make some manual adjustments.

For example, if you’re translating English to French, the translated text will likely be 20 to 25 percent longer than the original text, so you might need to change the font or textbox size, or even move some of the onscreen objects to make room for the French text.

There’s also no way to automatically replace audio files and synchronize them with animations, since the duration of each localized audio file is different. The time involved in that manual process varies depending on how many animations you’ve included in your project.

As an instructional designer, I’ve developed many courses that have been translated into multiple languages. After a bit of trial and error, I came up with the following techniques to optimize the localization process.

Adjusting the font or textbox size on every single slide can be a huge pain. The more white space you leave around textboxes, the less likely you are to have to adjust each font or textbox size, because even if the translated text is longer, there might still be room for it on the screen.

The same goes for any shapes or buttons with text inside them. If you don’t leave extra space on either side of the text, you’ll probably have to widen the button or shape so the text doesn’t overflow or appear smaller than you'd like. Give yourself a break and leave some extra space to begin with!

Another way to limit the amount of manual tweaking you have to do is by putting text that appears on multiple slides—for example, the course or chapter title—on a slide master. That way, if you need to adjust the font or textbox size, you only have to do it once and it’ll be applied automatically to all the relevant slides.

3. Keep Animations to a Minimum

Animations can be a great way to increase learner engagement on slides with a lot of voiceover audio. By giving them something to look at while they’re listening, you’re more likely to catch—and keep—their attention. This is true for localized courses as well; however, it’s important to keep in mind that resynchronizing the animations with the new audio files is a huge time suck when you’re translating courses. The more animations you need to synchronize with voiceover narration, the more time you’ll spend localizing your courses. It’s especially difficult if you don’t speak the target language—which is often the case! I can’t tell you how much time I’ve spent listening to Dutch voiceover audio and trying to figure out when the animations should appear. What a headache!

4. Break Script Up by Animation or Layer

For the animations you decide to keep, split up your script by animation or layer. That way you will know exactly when the animations should appear or which part of the audio should go on which layer.

So instead of grouping the entire script for a given slide together, add dividers to your script like in the example below:

Then, ask the voiceover professionals to name the audio files accordingly. That way all you’ll have to do is place the audio files one after the other and move the animations on the timeline to line up with the beginning of each audio file. Easy-peasy!

If you’re looking for more tips that’ll make the localization process easier, look no further! We’ve got you covered:

Want to try out Storyline 360’s translation feature for yourself, but don’t have Articulate 360 products? Start a free 30-day trial of Articulate 360, and come back to E-Learning Heroes regularly for more helpful advice on everything related to e-learning. If you have any questions, please share them in the comments.

Designing Your E-Learning Course Graphics with Localization in Mind

Thanks Allison, timely topic! Love the idea to use the Slide Master wisely. We translate many courses into French, Italian, German and Chinese. I'm developing the "Essential Guide To Translations" to be used among our Agile design teams and have been accumulating tips and war stories among a few peers. Fortunately, we don't use a lot of narration that requires translation too, but there's plenty of challenges with text alone. Do you know of other threads, tips to share? Our top 8 are these: 1) QC check & scrub the Word translation file before importing into SL. 2) Limit the use of text triggers such as jumping to a file or URL since importing corrupts the trigger requiring it be deleted/re-added. Try hotspots instead. 3) Word export table is gray shaded to help the translato... Expand

Thanks Allison, timely topic! Love the idea to use the Slide Master wisely. We translate many courses into French, Italian, German and Chinese. I'm developing the "Essential Guide To Translations" to be used among our Agile design teams and have been accumulating tips and war stories among a few peers. Fortunately, we don't use a lot of narration that requires translation too, but there's plenty of challenges with text alone. Do you know of other threads, tips to share? Our top 8 are these: 1) QC check & scrub the Word translation file before importing into SL. 2) Limit the use of text triggers such as jumping to a file or URL since importing corrupts the trigger requiring it be deleted/re-added. Try hotspots instead. 3) Word export table is gray shaded to help the translator not overlook white text; the shading is roughly RGB 271-271-271 so don't use light grey text either. 4) Remind parties if necessary to not change any styles/rich text attributes in composing the translation like bold, font size/color, etc. or that will carry into the course on import. 5) Delete rows off the export (or note with pasted shapes) to skip translation. Designer notes or other text on Notes tabs is common. 6) Don't overlook items not in the export and have a plan for or consider them: player text (default/custom), bitmapped images, audio/narration/scripts (including cue points in English so translators can mark the equivalent), files in resources. 7) Space - space - space. As you mentioned, the French equivalent of an English sentence is easily 25% more words. German even more-so. We generally avoid shrinking font size as the 'last resort' adjustment. On the front end, keep your English as concise as possible to begin with and avoid expressions that simply may not translate. 8) Ask your translator for some easy grammatical formatting tips. A designer can clean up more of the text avoiding some reviewer edits having a cheat-sheet of some basics. French example: spaces before ending punctuation other than periods (.), double chevrons << or >> that are used instead of " ". etc. so we can catch/repair things that dangle/orphan to the next line that shouldn't. And don't be tricked by the many French cognates (words spelled the same as English) like "Menu" or "Correct" - they didn't get overlooked!

Wow! Thanks for sharing all those technical tips, Chris :)

Honestly, I think you've uncovered more here than I ever did! Nice work.

Allison, As always, your advice is really worth reading. I have been translating recently and used this technique of splitting the audio around the intended animations which made timing and other edits so much easier.

Thanks Ian! :) I'm glad you found it useful.

Can anyone help? I had a story file translated by a vendor then made changes to the slides (including deleting some slides). Is there any way to import the XLIFF or Word file with and still preserve the changes (not overwrite them)?

Stephanie, my suggestion (PERHAPS FOR NEXT TIME now) is to break up the audio into sentences or paragraphs when sending for translations then import these and time them. This way, when you change some content, you only have to get a sentence or paragraph translated again and fit it in. If you delete content, then the matched trabslation is also deleted and life is perfect. Thats what i do anyway. It makes for a lot of small audio files but us very flexible and forgiving.

Stephanie, That’s the thing, you don’t send for translation until your EN course is finalized. That said, You’re going to have to make the changes again no matter what you do in my experience. that is, import the translation into your last archived version, that is before you made all the edits and then massage your translated course. Depending on what you edited, for example if you just deleted content, you might get away with just importing your file into your existing course, any of the Text elements that are no longer in your course I think will be ignored. But any text elements that remain, and you made English edits to them, your non-English translation is not applicable anymore. Worst case, finalize your English course and just send it for translation again.
Sign In to Comment
We have recently updated our Privacy Notice.