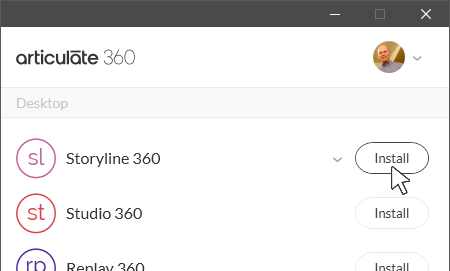 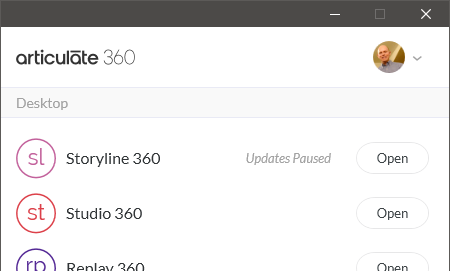 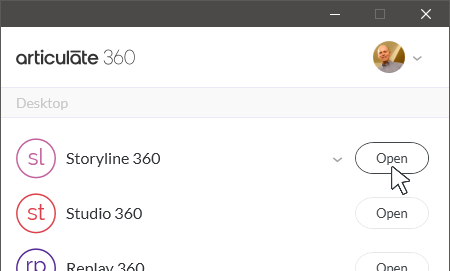 And even if notifications are disabled, you’ll always see when an update is available as soon as you open the Articulate 360 desktop app. A blue banner with an update option appears across the top of the app. If you’ve disabled automatic updates, you can snooze this notification. Otherwise, simply click the Update All button to update all your apps at the same time. 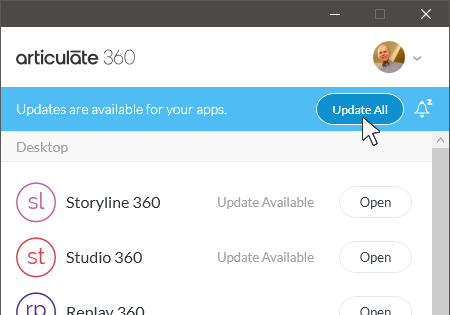 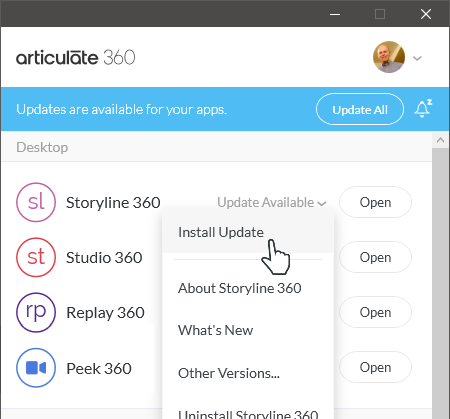 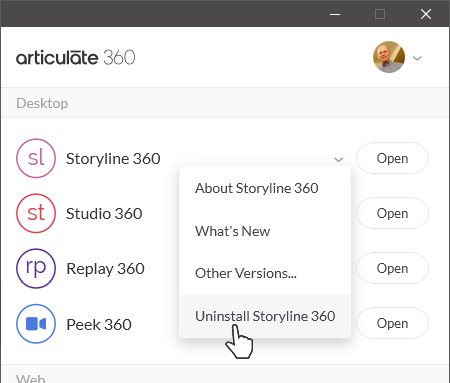