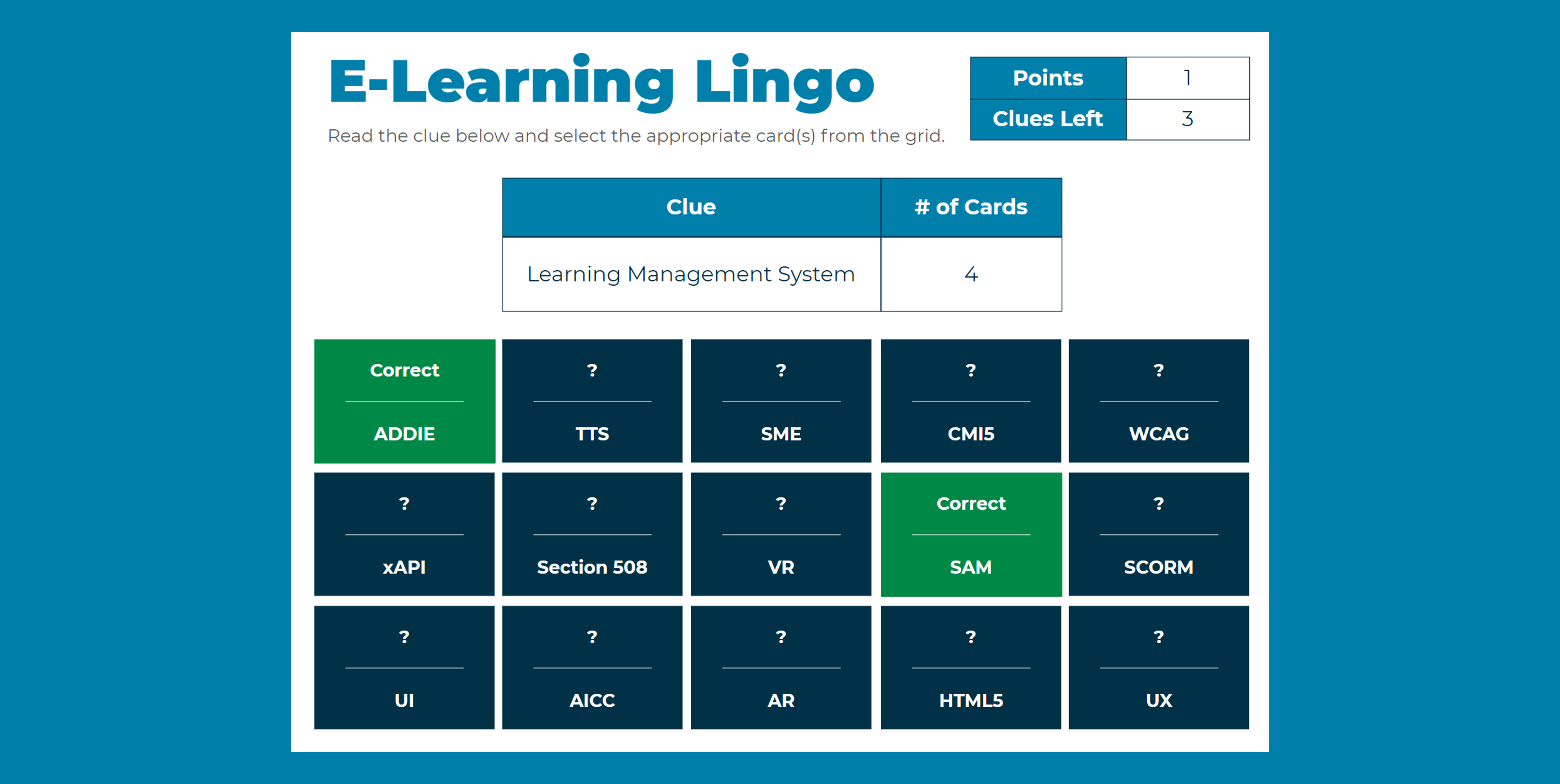 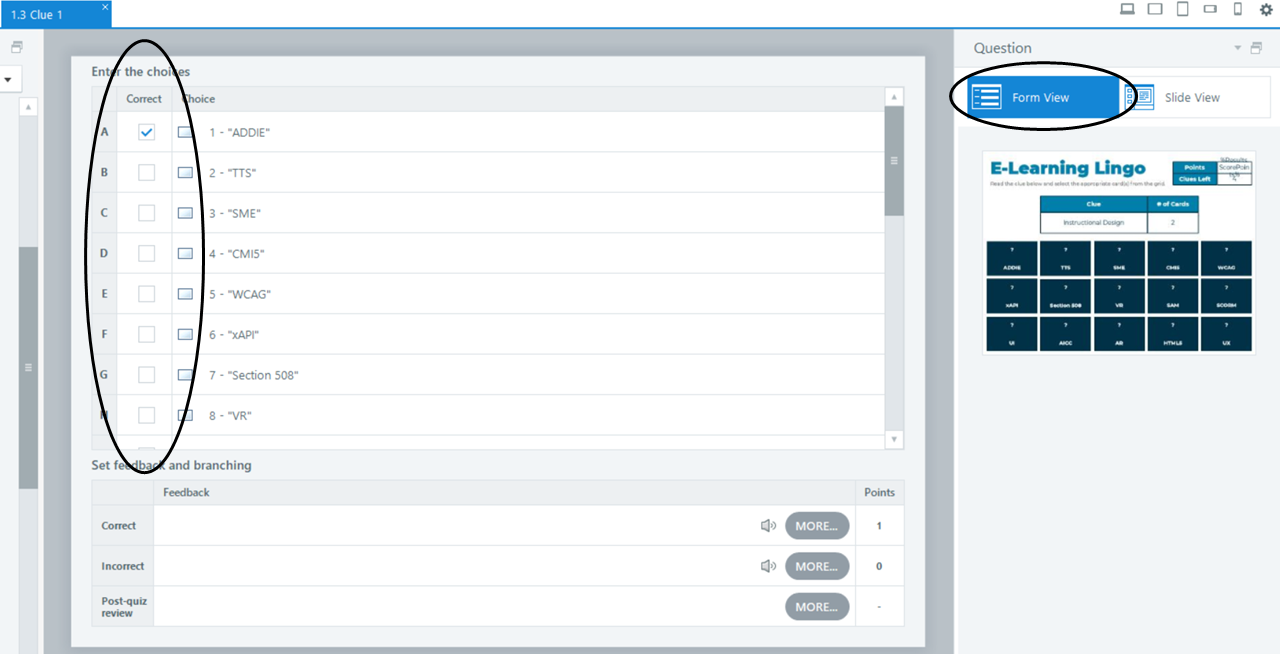 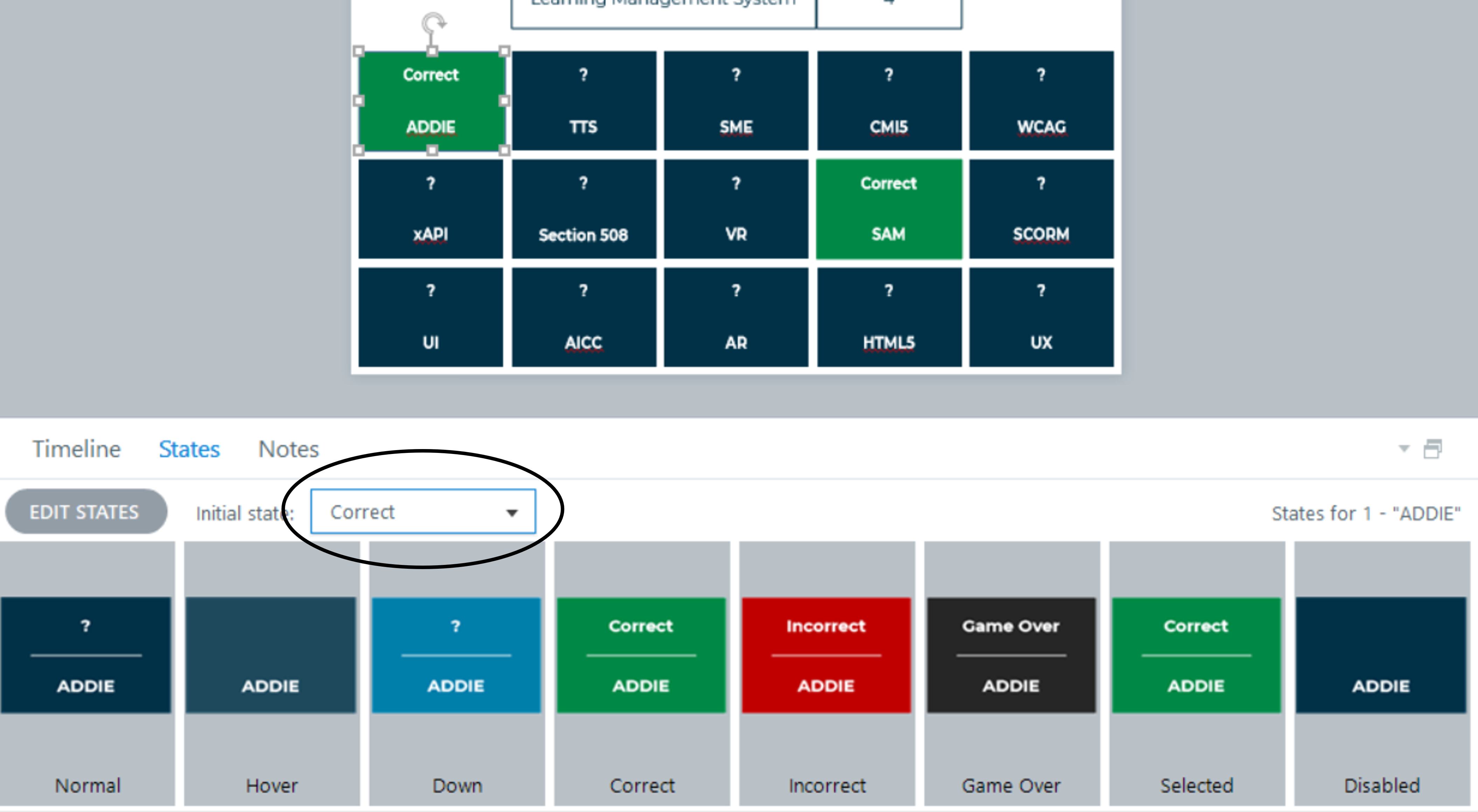 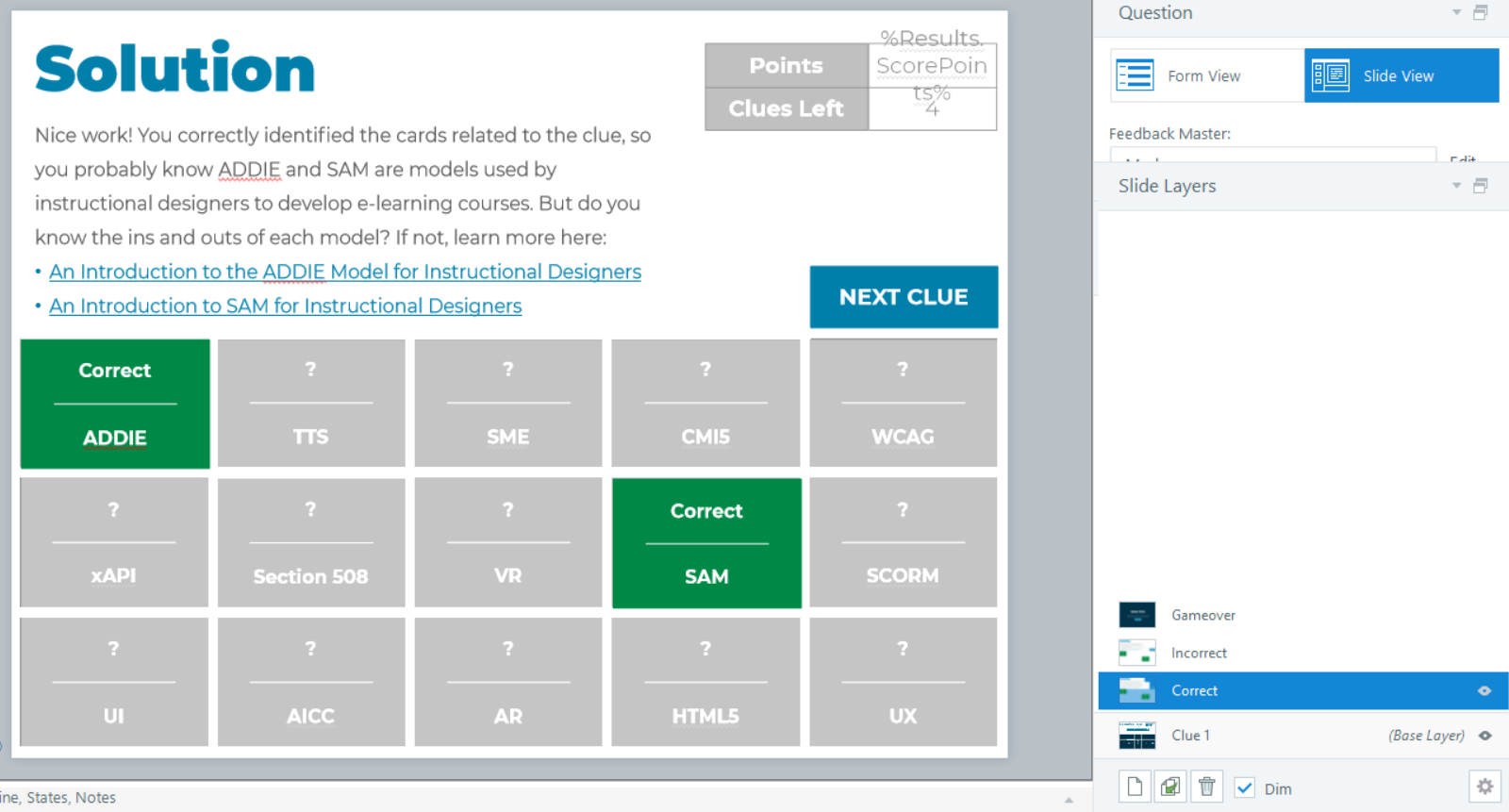 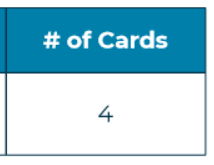 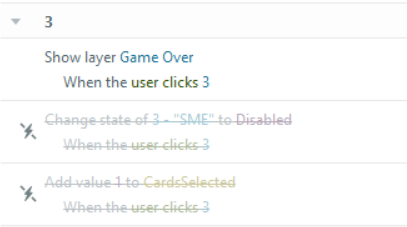 You're welcome! Glad you're finding multiple uses for it :)

You are brilliant. I loved it

Love the template. I added a few clues, then updated the passing score. However, when I pick the correct answer, I keep getting game over. Am I missing something?