The Articulate 360 desktop app gives you convenient, one-click access to web apps included with your subscription.

Learn More About the Web Apps

These are the web apps included with your subscription. Click the product links to learn more about each app. 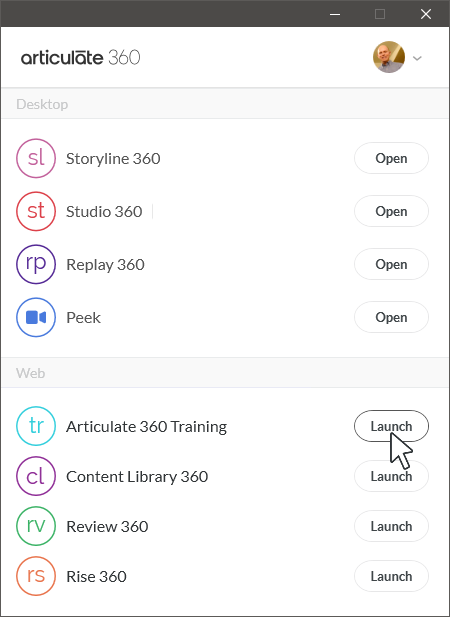 Get Up to Speed on Articulate 360: What’s Included?

See How Storyline 3 Stacks Up Against Articulate 360

Community Team
This site uses cookies. By continuing to browse the site you consent to the use of cookies. Learn more here