Peek 360 is the fastest, easiest way to record screencasts on a Windows PC. Simply record your screen and narration. Your screencast will automatically upload to Review 360 when you're done recording, so you can collect feedback from stakeholders or download your video as an MP4 file or LMS package. 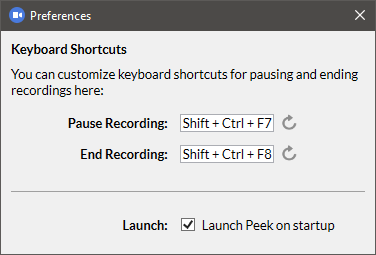