I have 5 variables. Each variable starts with a default but will return a result between 0 & 40. I have 5 corresponding layers and if any ONE variable is greater than any other it will show a specific layer. However, I also have a layer that I want to show when (and here is where I need help):

Show layer called "equal" if any variable is equal to any other variable unless ANY variable is greater than any other (even if there are 2 that are equal to each other).

For example, from this picture, I still want the 'N-High' layer to show and not the equal layer, even though 2 traits are equal. 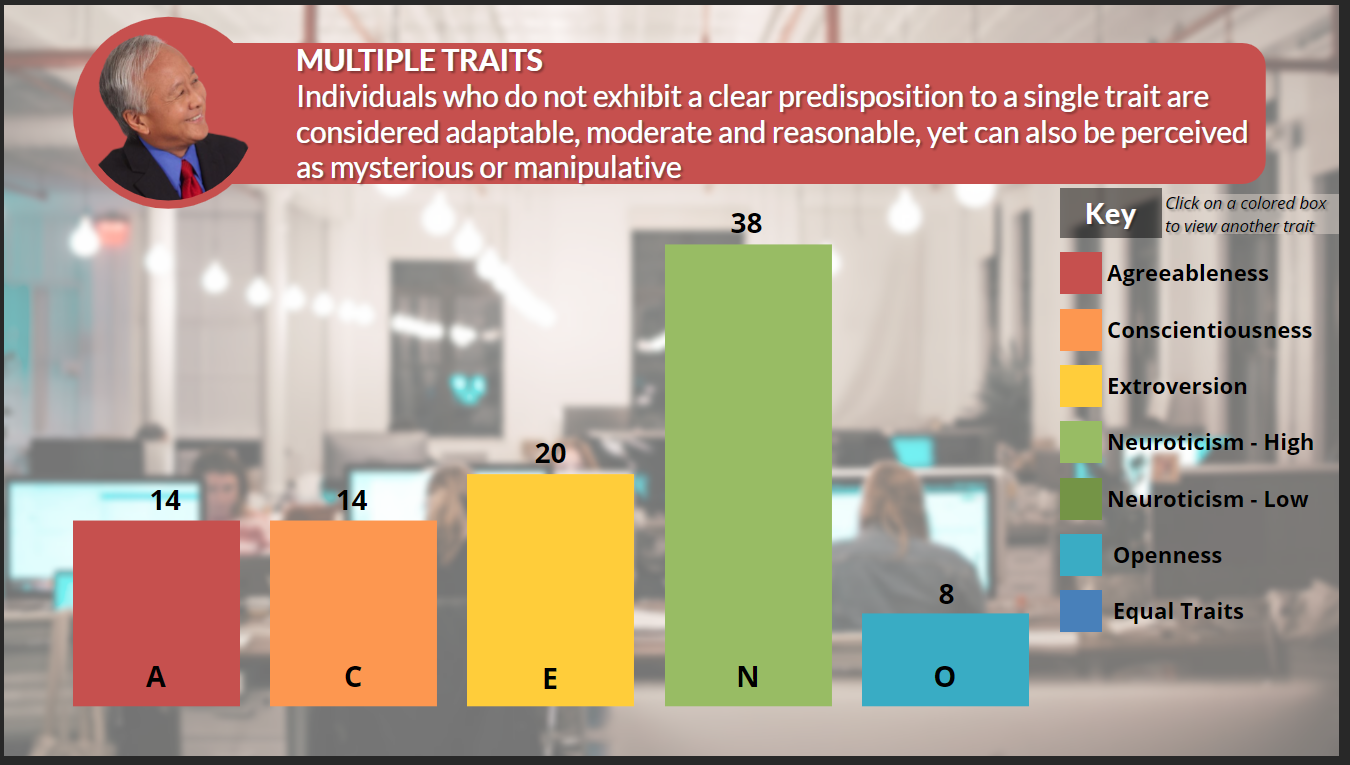 *Note, the learner can click on the key colors to see any of the other traits.

Ultimately I want the layer to show that has the highest number. But I also want the Equal layer to be an option if the "highest number" are 2 equal traits AND they are higher than any other trait. Currently, if 2 traits are equal and they are both the highest, no layer will show.

set Highest to A

Here you are expected to show mutually exclusive explanations. For example a layer that closes other layers.  If you need the actual value of the high score, use HighestScore

This should work if you correct any typos.