This week's challenge was to Use Image Sliders and Galleries in e-Learning. 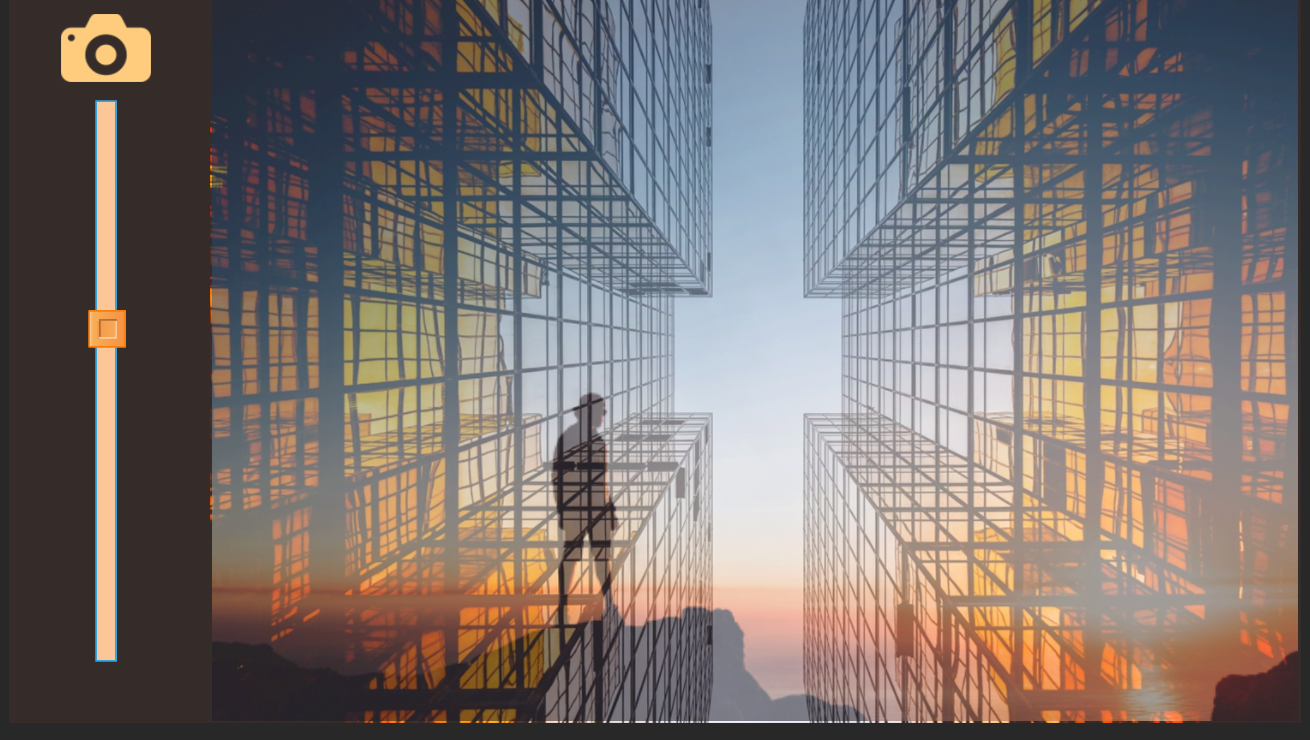 Here is my example combining stunning photos from the Content Library and classical music.

When I started this project I didn't know what I was going to do exactly.  I typed "view" into the Content Library and selected six photos that I thought were visually interesting.

I thought, it would be cool to transition these slides from one to another using a dial or a slider.

My first attempt involved having one picture on the base layer and then 9 other layers with increasing amounts of transparency, allowing me to see more and more of the base slide.

I placed 10 buttons on one side of my slide and triggered the different layers with them to test it.

This seemed to work ok, but I wanted to move from slide to slide and I couldn't figure out how to move to the next base slide.

From Layers to States

Then I thought, what if I tried it with states instead?

So for each photo I created an initial photo state.  Then I created layers within the states by pasting the next photo in the series over the top of the initial photo and adjusting the transparency. (from 90% - 10%).

I tested it on the first slide and it worked well.

I then duplicated the slide and used the replace photo function to replace the initial picture, and then the overlay picture for each state.

An advantage to doing it this way, I later learned, was that I did not have to set the transparency on the overlay slide, it was already set.

At this point I added an 11-step slider

and put in triggers to control the changing of the states of the photo. 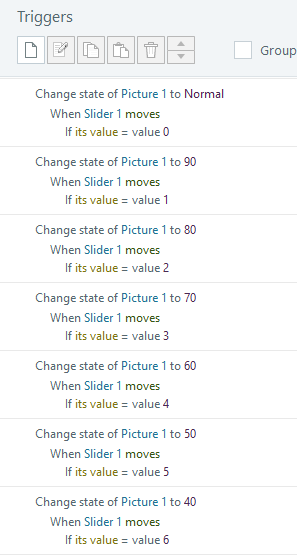 The trigger for the last step was a jump to next slide.

Something not quite right

This worked great for the first slide, but when I tried it on the second slide it was not changing states.

I then realized that the triggers were pointing to Slider 1 but when I duplicated the slide, the slider on the screen was Slider 2.  I changed the variable associated with Slider 2 to Slider 1 and then things were working again.

For a little fun, I created two additional states for the first slider

and then set triggers to change the sliders state when Slider 1 was equal to 5 and 9.

Putting a Bow on It

I added a javascript trigger, after adding a camera icon to the top of the slider, to print the window.

Finally, I searched for some music and added an auto trigger to each slide, advancing through the musical piece as each slide was selected.

To keep the party going, instead of jumping to the next slide with the last picture, I set the trigger to jump back to the first slide.

Here is the file to download if you want to explore this further:

What a cool effect, Ron! Thanks for sharing!