Challenge! (i miss my template...)

New to this, so not sure I'm in the right forum, but here goes:

I used to work in an LMS with it's own tool for production, one where I was actually involved in making the interaction templates way back in 1993. I'm happy to have moved on to Articulate with so much more quality and possibilities.

But... there is one template that I truly miss...

This template gave the student a drag-and-drop excerzise that really helped with sorting large amounts of new information, repeting and organizing the information in your brain.

You then named each box/categories (say Europe, North America, Asia)

On the screen the student would get a set of boxes namned EUROPA, NORTH AMERICA, ASIA and on the bottom of the screen would be all the countries so you could drag-and-drop them to the right box/category.

If you tried to drag France into ASIA it would go BOING and pop back out (no need to even get a visual of something being wrong. But when you dropped France into Europa it settled there.

A variation was to have the words (France, Japan, Slovakia...) come flying in from left to right and you had to grab it before it disappeared. Slow pace or fast pace.

Or to just have a timer.

You could also put in 'Jokers' (Colombia, Kongo, New Zealand...) That were not supposed to fit into any of the boxes.

It didn't necessarily render points, or 'level of completion to pass' - it was mostly used for repetition and training while learning.

... i loved that template. and so did most of the students submitted to it.

It was very basic but I can think of a million topics where students need to repeat and categorize to learn.

Any suggestions on how to go about making that kind of thing in Articulate???

There is a Matching Drag and Drop option in Quizmaker. It does not work exactly as you have described but it is close.

Thanks for the reply. The drag and drop in Quizmaker - from what i can see - is only for matching pairs (1:1), right? I  need a multiple drag and drop (1:M) to make that training useful.

You can simulate multiple drag and drop by using the workaround here:

Or you can try incorporating Dragster:

The third Dragster example (with the brains...) is the one that actually looks like it could do it... Thanks Brian, I'll have to investigate further. Would like to incorporate an example of what it looked like... nvm the language (it's Swedish), I'm sure you get the concept... 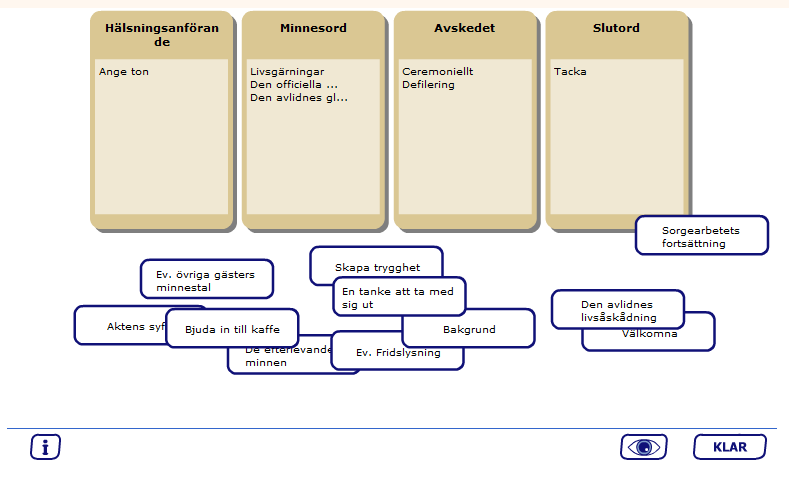