Question List not functioning on older iPad and iPhone after iOS 9.3 update (QM '13 )

I recently updated my iPad to iOS 9.3, at which point the question list (published from QM '13) would no longer open/function properly for my quizzes (on that device - others including PC and Android phone remain fine).  It would just blink open and then close immediately, making it impossible to use (tried many times and methods hoping to "trick" it into functioning in some way).  Prior to the update, the question list would function ok, not great, on this iPad, afterwards, it was effectively broken.  (ok just means that I would have to hit it in just the right way, otherwise it would open and quickly close, or if closing, it would close then quickly re-open, making it easier to just tap outside of the box to close, though I could still use it).

I briefly mentioned this problem in another recent post.  Leslie responded, and after she installed 9.3 on her iPad, she was NOT able to duplicate my problem.

I have since done a lot of searching/testing and have found that both my older iPad Air (MD786LL/A)(A1474 - external), and my colleagues older iPhone (MKQ92LL/A) are both affected in that same way by the update.

Testing on my iPad was done in Safari, FireFox and Chrome, with the behavior being consistent between all three (the iPhone was only tested with Safari).

I have also since been able to revert my iPad back to 9.2.1, though the device had to be reset (all data lost) in order to do so (so we wouldn't want to recomend doing this to clients - thankfully these courses are not yet live).  After reverting back to 9.2.1(13D15) on the iPad, the functionality was also restored back to its' original working behavior.

I am not a programmer, but in reading about the update, it occurred to me that maybe it has something to do with Apple removing the mobile device, 300ms delay on touch events in iOS 9.3.  Perhaps there was a prior workaround in Quizmaker code to avoid the delay that is now shorting out?  ¯\_(ツ)_/¯  ).  I could not find anything concrete on this, and I'm not really in a position to speculate any more than this, but I feel like it is worth mentioning. (reference here:  http://www.mobilexweb.com/blog/safari-on-ios-9-3-picture-shrink-fit-iphone-se )  Attached are a proj file and package for one of my problematic quizzes.  Thanks!

Hi, Patrick -- Thanks for reaching out, and unfortunately, I was not able to duplicate the behavior you described either, so I would like to recommend that you work with our Support Staff directly for additional assistance. I will go ahead and submit a support ticket on your behalf, and you will be hearing from a member of that team shortly. Your patience is appreciated! :)

Hello again, Patrick -- Just dropping in to note that case #00764556 is now in our ticketing system and I plan to follow along so I can share updates here in the thread for others who may benefit. :) 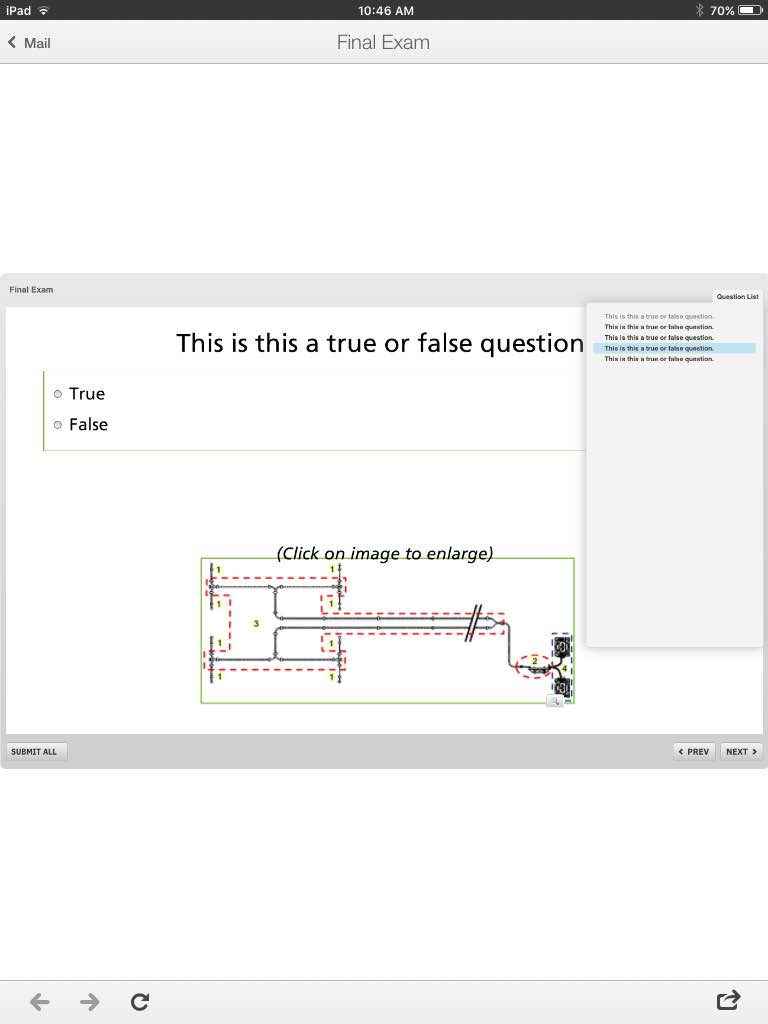 You can see my test file here:

Hi everybody!  I’m so happy to tell you that we’ve just released Update 9 for Studio ’13.  It addresses the issue where the question list would not stay open on mobile iOS devices.  You can download the update here and see the release notes in full here.  Once you've downloaded the update, you can republish your course.

Thanks for helping us make this improvement!