Hotspots on a circle

I am building a Storyline slide which has a circle on it. The user can click anywhere on the circle and the arrow moves to that place and feedback is presented based on the selection.

To do this, I have a circle on my base layer, which I have covered with 15 isosceles triangles, which fit perfectly together like pieces of pie. When the user clicks on the circle a number variable is assigned based on the hotspot clicked, and a layer shows with an arrow in the correct position with some text alongside that. The user can re-click if they want and the arrow moves again. All of this works as intended apart from one small issue. When the user clicks close to the arrow on either side, the arrow does not move. If they click further away, all is good. I have considered two possible issues:

1. When the triangles are made transparent, they take on the shape of a rectangle rather than the triangle, which means they overlap. I am not convinced this is the problem though.

2. The arrow shape is a rectangle shape (see red outline on the image below), so when it is in position it covers the triangle hotspots (similar to those shown below, although on the real slide the triangles go all the way around the circle and are completely transparent). The triangles sit on the base layer. I wonder if the area around the arrow in the rectangle is causing the problem.

I tried to get around these by putting a second set of transparent pie-shaped hotspots on top of the arrow on each feedback layer, but this did not make any difference.

Does anyone have any suggestions as to whether I can make this work better? 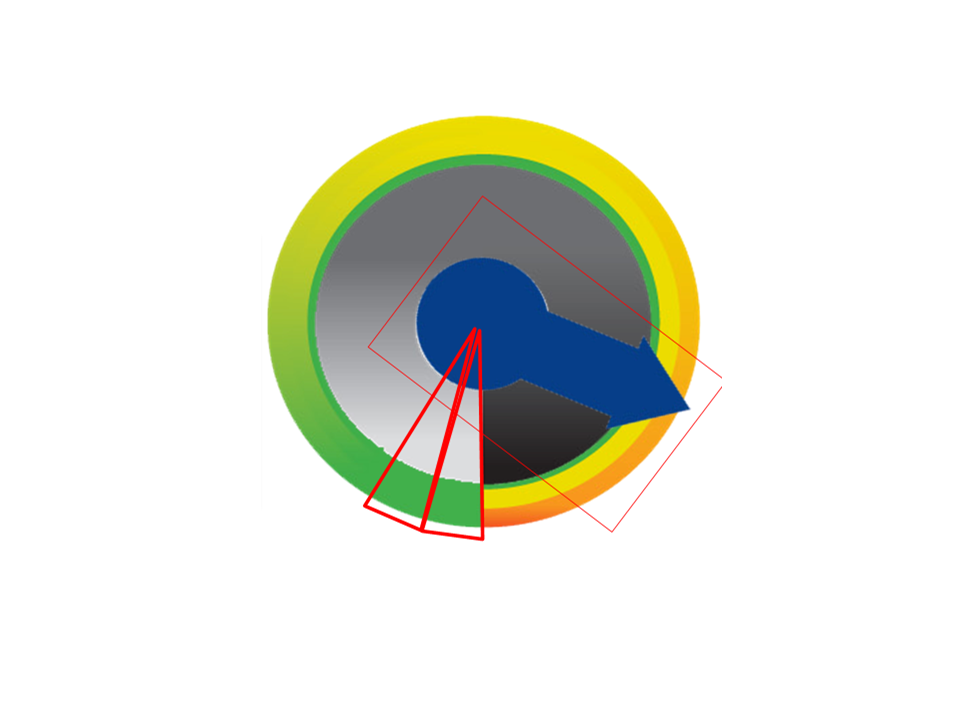 If the arrow is on a layer, the shape will catch the click, and prevent it from being caught by the triangles below it on the base layer. You're right that the arrow shape is probably enclosed in a rectangular shape, but it can be made transparent and will pass the click. If you  can see the arrow, it will always catch the click.

Your idea of shapes above the arrow on the layer should work if they have the right triggers. They should hide the current layer and also have the same triggers as the shapes on the base layer.

Otherwise, if you attach your .story file, maybe someone here can look at it and suggest something.