I have created a Storyline project where the user is presented with an alphabet in a foreign script.

For each letter, I have several states -

1 - foreign letter by itself

2 - foreign letter with IPA above it

3 - IPA value of that letter by itself

and with that click, all 36 letters of that script will change at once.

I have achieved this result by adding a variable 'letterState' and triggering that variable upon clicking each of the three buttons, but my problem is that I need to then add the same 'change on variable change' trigger for all 36 letters.

In this slide, I have 8 different Indic scripts on different layers all doing the same thing - it is essential that these are all on the same slide as the point of the activity is to be able to flip through the different languages to compare them.

Is there a faster way to trigger multiple objects upon a variable change than inserting a trigger for each object?

I'm not sure if you meant to include a a sample slide or not, but thought I'd share that although you can't change the state of grouped objects...what if all the letters were one seamless object anyway? Since it sounds like you want all the objects to change at one time, I'd make it one big object with three different states showing the change in script. It's a bit to set up, but it's doable.

Thanks for your response.  I'm glad that you cleared up the fact that you can't change the state of a group of objects with one trigger.  Maybe that would be a good inclusion into future versions.

Your suggestion I think is the next best thing and could work.  Below I've copied a mock-up screen shot of the storyline screen.  This is basically a screen that reproduces my Consonant compass on the image below.

When users click on a language, that language pops up and they can see the comparisons of sound shifts and click on each letter to hear the sounds.  When each letter is clicked or hovered over, the mouth position and action is also shown in the diagram in the bottom right corner using states on that image. I think I can use the one image like you said, then use hotspots to trigger the sounds and state changes of the mouth image from each layer.  The only downside is that I won't be able to include individual button click states when a given letter is clicked.

I haven't explored the Javascript capabilities properly yet in Storyline.  Is it possible to change states of objects via Javascript?  If so, I could imagine another route would be to group the buttons in an array and then execute the trigger when a variable is changed. 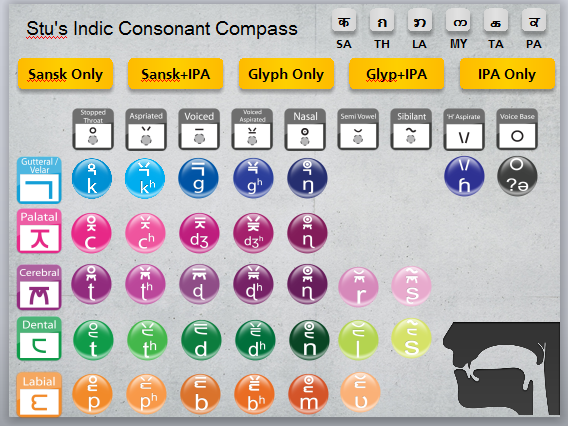 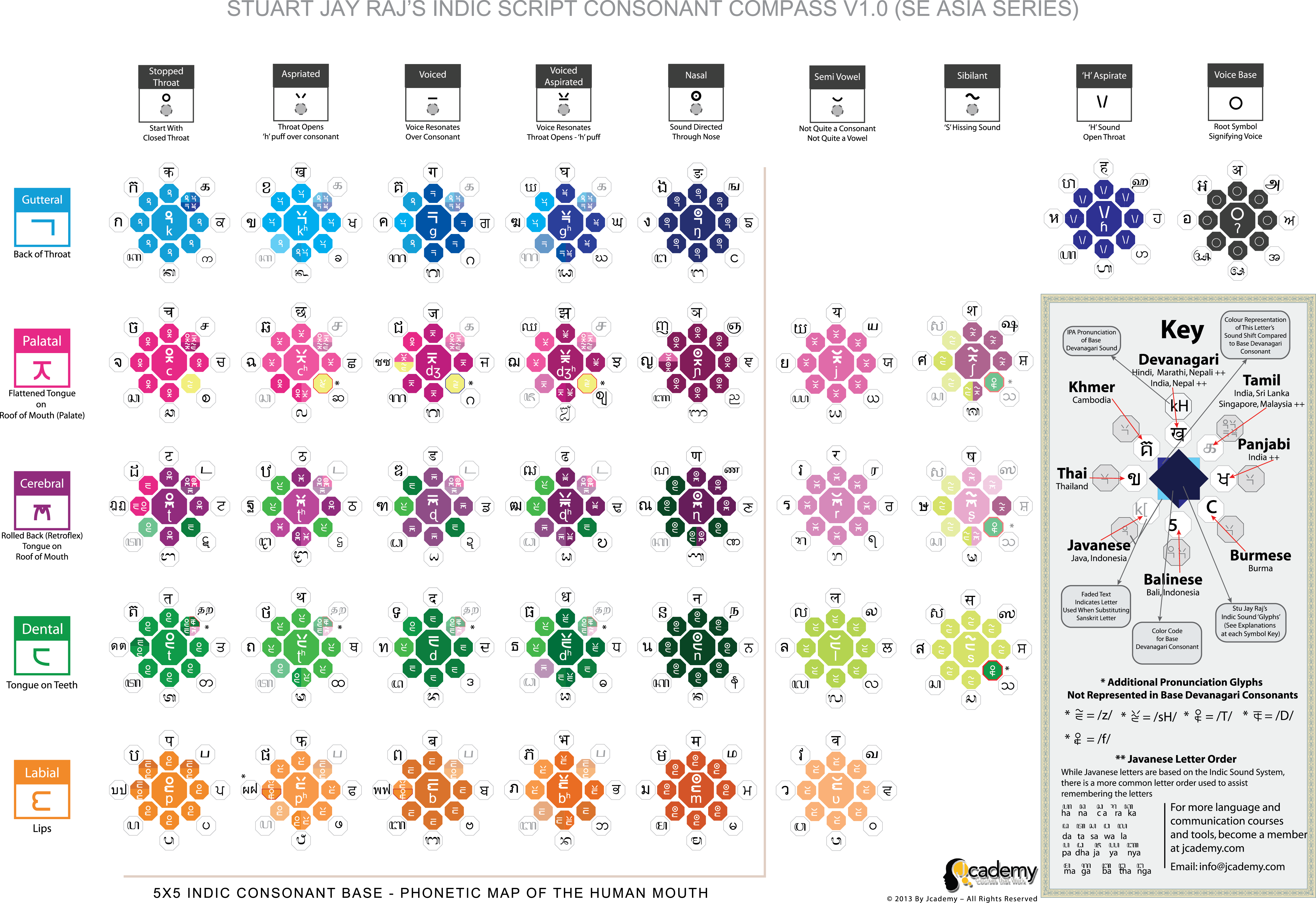 Unfortunately, there's no programmatic way to select or loop through objects to set states. There is a way to abstract the operation to make "functions" that you can trigger multiple times using different methods. See the attached story for a demonstration. The hidden shapes contain a series of triggers for each of the target shapes. The last trigger hides the shape again.

When I built this one, I made one of the "functions", copied it, then changed the triggers within. This was a little bit quicker than making new triggers.

Thanks Steve - and Kudos to this community and your prompt replies.  Just these couple of suggestions have helped save a lot of production time this week.

Glad you were able to get some help here Stu, and thanks for the update. In regards to the changing the state of grouped objects, you're always welcome to share your thoughts in the form of a feature request.

I just put it in as a request.