triggers for Next and Previous

I have several slides that I have progressing automatically when the timeline ends. And then they pause on a slide that requires the user to click the Next button.

On the slides that automatically progress, I changed the existing click Next trigger to jump to next slide when timeline ends.  That works.

And then I realized I still want them to have the option to click Next to jump ahead, so I realized I need to create a second trigger for jump to next slide when user clicks Next, so both ways will work.

I find it strange that the Previous button continues to work without a trigger, but the Next button does not.  I know during the beta triggering Previous was a late addition.  I thought it had been changed to work on triggers like the Next button.  Do I not need any Previous triggers if I just want it to always return to the previous slide?

Am I right that I need two Next triggers on every slide?  One that automatically progresses at the end of the timeline, and one for when the user clicks Next?

It would be nice to have a way to automatically apply the Next trigger to every slide so I don't have to go in and fix a bunch of them individually.

If you are using the stock buttons of the player, you could only change the properties of the slide to make it advance automatically.

Then, you wouldn't need to add any trigger since the trigger to jump to next slide is assigned by default to the next button of the player. I have tried it and it works for me. 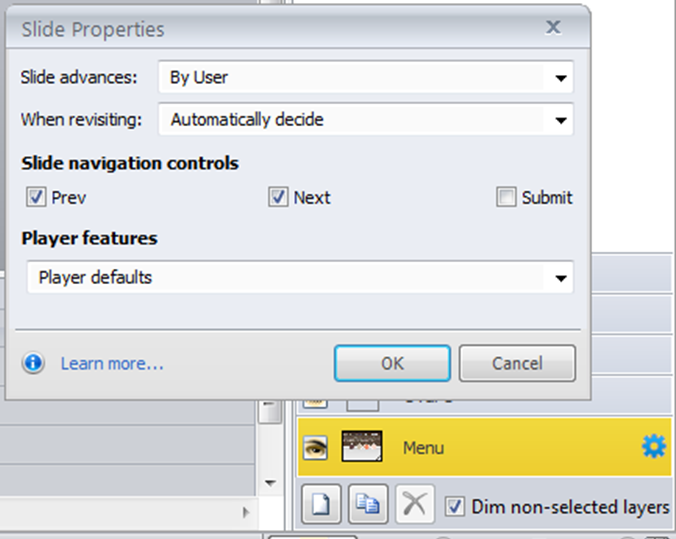 Hope it helps and have a nice day!