I used to love using 2D office layouts for creating learning activities for different course topics. Learners can explore the virtual office and learn to deal with whatever might actually happened in real world and that always leads to a good learning performance. So when Storyline add the 360 image function, I think I should transform the virtual office from 2D to 360 panorama and see how it works.

Below are the functions I want to test in the new 360 image:

One thing I found weird is if I click on any non interactive area of the 360 image, the hotspots I've interacted with will also show at the same time. I assume that's a bug for beta version. 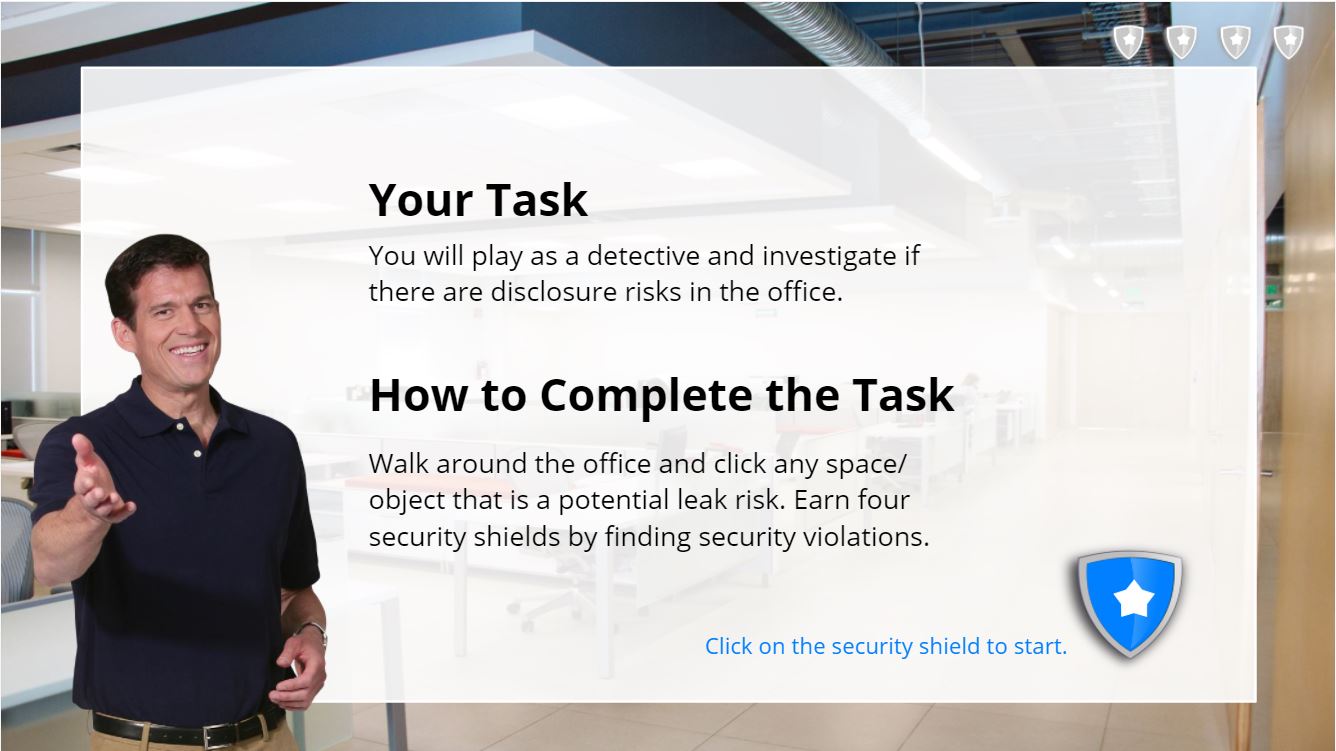 This is awesome, Joanne! I love the badges at the top to let me know how many I have left to find. And the topic is so perfect for 360° images. Thanks so much for sharing this example with the community!

The hotspot behavior is expected. You can learn more about that here. I love the ideas you shared to help us improve the 360° learning experience. Would you mind submitting a feature request?

Thank you Sarah for explaining the behavior of the hotspot,  I can see that behavior could help users aware of where they have interacted. I've updated the demo by adding hints because I found that it will be more difficult for users to find all the "correct" hotspots than in a 2D environment.
I've submitted a feature request for zoom function in 360 image. And I also like having states for 360 image so for example I could change the whiteboard to be cleaned after users click the related hotspot. And I've submitted that too.

This is great Joanne!

Would you mind sharing which camera you used? Did you need to edit outside of Storyline 360 first?

Hi Michael, the 360 images I used are open-source 360° photos from Flickr.