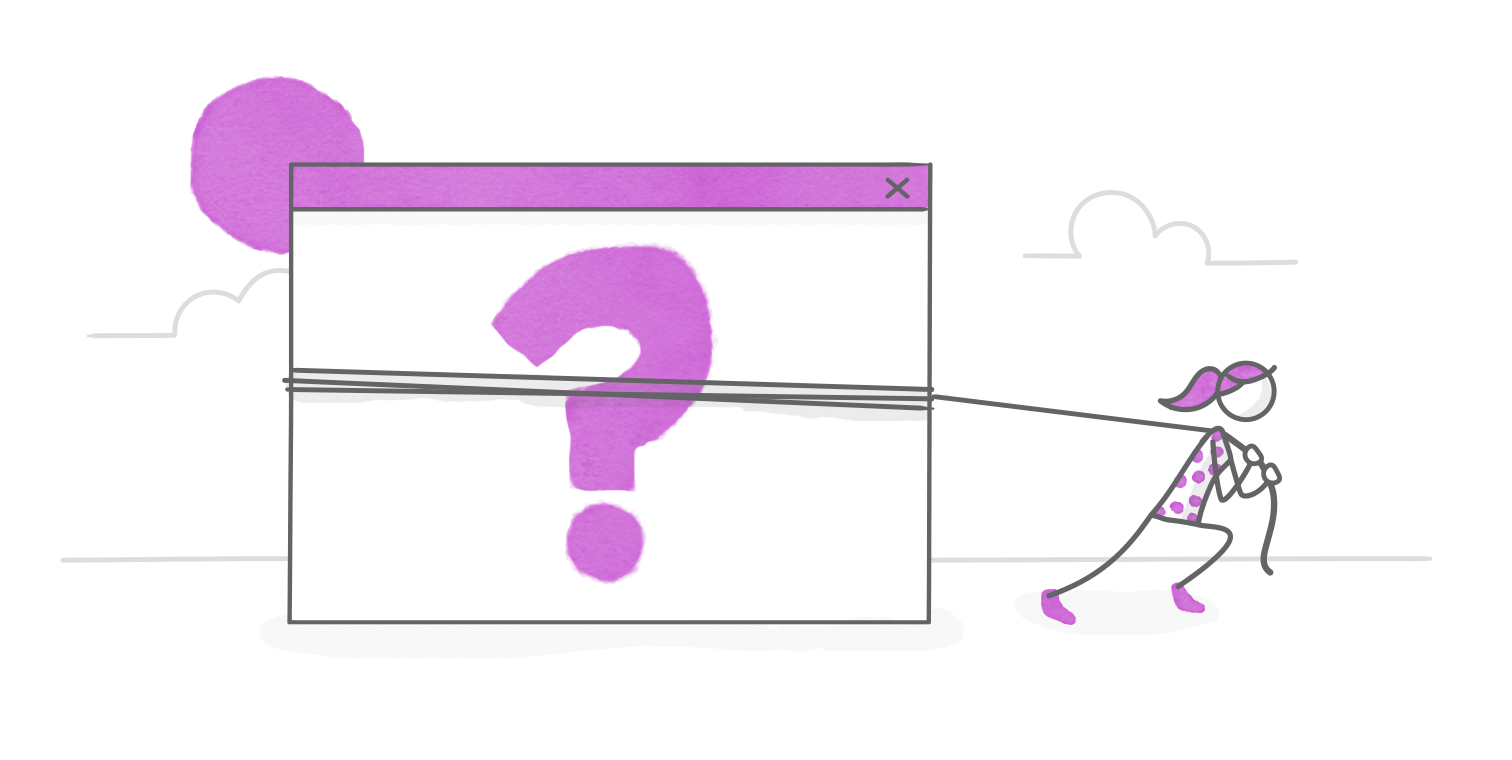 Software simulations are a great way to teach learners how to use a new app or system. They allow you to record a process on your screen and give learners the opportunity to interact with the content by doing things like clicking on specific areas of the application or entering text or data, just like they would in real life.

A lot of thought and preparation goes into creating software simulations—you have to identify which steps to show learners, hide any clutter on your screen, set the recording area size, and work with fake data or a testing environment. Because getting your screen ready for recording can be so time-consuming, it can be a real pain if you end up making a mistake and needing to re-record. Luckily, Storyline 360 gives you everything you need to avoid rework. Let’s take a peek at two of the benefits of using Storyline 360 that make it quick and easy to repurpose and adjust interactive software simulations.

1. Record Once and Reuse as Needed

Some screen recording apps make you decide on the output format—a video tutorial or a simulation—before you record. This means once you’ve recorded your screen, if you were to change your mind about how you want to use it, you would have to re-record the entire thing in a new format.

With Storyline 360, you can avoid those snags. You can record your entire process and then choose the format afterward. You have the option to insert it as a video or convert it into a series of slides (which include both demo and simulation modes). 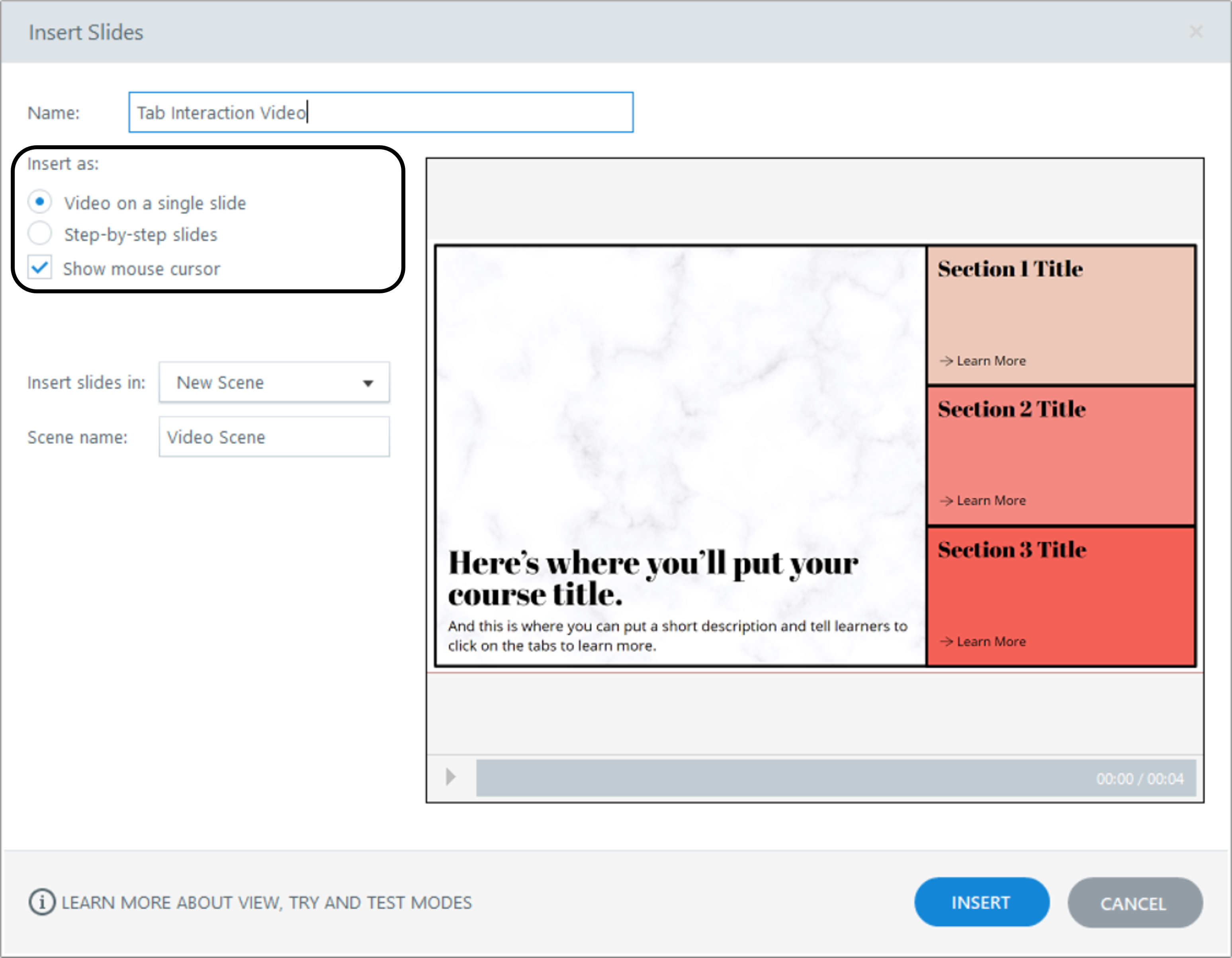 This means you can reuse your recording in different formats without having to start over—saving you tons of time.

Picture this: You’re almost done recording your screen when an unwanted pop-up notification appears. You don’t want learners to see that in your screen recording, so what do you do? Depending on the app you’re using, you might have to either start your recording all over again or edit it after the fact in a separate video editing app. Thankfully, that isn’t the case if you’re creating screen recordings with Storyline 360.

If you want to make quick edits to a step-by-step slide, simply right-click on it and select the Action Fine-Tuning option from the menu. 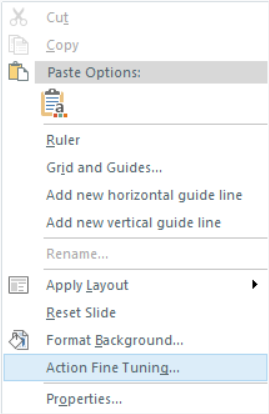 This will open up a window that lets you edit things like the start and end frames of a step. With this handy feature, you can avoid redoing your recording or opening another app to make edits.

As you can see, thanks to these two powerful features, screen recording in Storyline 360 is super fast and easy. It helps you avoid rework by allowing you to make decisions and adjustments after you record. Such a timesaver!

Want to learn more about using this powerful feature? Check out these helpful articles:

Do you have any tips of your own about using Storyline 360 to develop software simulations? Leave them in a comment below!

Want to try something you learned here, but don’t have Articulate 360? Start a free 30-day trial, and come back to E-Learning Heroes regularly for more helpful advice on everything related to e-learning.

The Difference between Screencasts and Software Simulations

Great article! I'm starting to use Storyline to develop basic e-learning modules for EHR system training, but I'm wanting to use it for more. I have used other software for e-learning creation, but our company prefers Articulate products. Does Storyline interface with the Studio products? Other department members prefer to use Engage and the Articulate add-on within Microsoft PowerPoint, and I would like for them to be able to preview my Storyline presentations before published on their own computers.

Hello there Sarah! Thanks for your comment and your question. You can import an Engage '13 interaction into Storyline 2. Here is a tutorial which might help: http://bit.ly/1BASfpo . However, please note that if your coworkers are using Studio '13, they can't preview or open a Storyline file within those applications. Hope this helps!

Since publishing in StoryLine is so easy that's what I do when I want to show someone a preview of the project I'm working on. That way, they can also see any interactions etc. and they don't need a copy of SL to look at it, just a web browser. Hope that helps, --Allen .

Great tip, Allen! Thanks for sharing.

This is truly one of my favorite features! So simple, yet so Powerful! @Sarah: You could always do a quick publish and upload it to http://TempShare.Articulate.com for 10 days. There is no connection between Studio and Storyline.

I am new learner of this site. Here I see the benefits of story line and after discussing I'll back here soon.

Hi, Our corporate office produces elearning resources in Studio and we have Articulate Storyline 1 (at this stage). Can I import a Engage 13 interaction into Storyline 1 if I do not have Studio?

Hi Robyn! Unfortunately you can't import an Engage '13 interaction into Storyline 1, however, you can import it into Storyline 2. Maybe a good reason to upgrade. Hope this helps!

How is it that Studio 09 could import into Storyline and the Studio13 (upgrade) is unable to?

Robyn, Be sure to take advantage of the StoryLine 30 day trial offer. It will cut down on the waiting a little. --Allen .

Hi, I have just published an online module but the video demos arent playing once the project is published as a web link. But I can view the project within Articulate. Can you please help me. My Articulate link is Shahnaz

"or enter the appropriate text or data, just like they would do in real life." I'm just curious if there are videos or resources elaborating on this, as this was what I could not see that it did. It felt much more like the hot spots just being triggers to play the next section of video.
Sign In to Comment