Every time I try to insert an em dash into a text box in Storyline using the Symbol tool, the result is not an em dash but, instead, a regular dash. Even if I enter the hexadecimal code Alt-0151, the result is the same. Is this a bug in Storyline? This is driving me crazy, as I'm an editor and proofreader who hates seeing a dash, en dash, and em dash used incorrectly!

When I use the Symbol tool, it also messes up my cursor position in the text box so that my cursor appears to be in one position but when I start typing, it's in another.

That's just how SL's text functionality works today. We're looking to do a lot more with the text editor, but for now you'll have to find a work around such as saving em dash formatted text as images before inserting into SL. Text formatting is an important issue, so please consider submitting a feature request for this or other text functionality you'd like to see in Storyline.

I came across this concept (and problem) with an existing client about 6 weeks ago for the very first time.

I had wondered whether this was by design or not - to be honest, I was completely unaware of the em-dash concept before they spoke to me, it's not something that I have ever come across educationally over here in UK. I am wondering whether it is one of those facets of punctuation that is generally dissappearing except in "technical" areas?

I know MS-Word occasionally makes your hyphen larger, but had no understanding of why. A complete understanding of the difference between hyphen, en-dash and em-dash is something that I still need to gain, despite several readings of Wikipedia!

This came up a couple of months ago on one of my projects.  Really never realised there was so many different types of dashes.

Thanks for the responses! This is definitely something I'll want to make a feature request. Although the vast majority of people likely have no concept of the variety of dashes out there, it does make a big difference to editors and proofreaders. Those double dashes to reflect an em dash just don't cut it!

If using Windows, try using Charmap and paste in an appropriate character and shape, even of another font if you have to.  Sometimes this works. 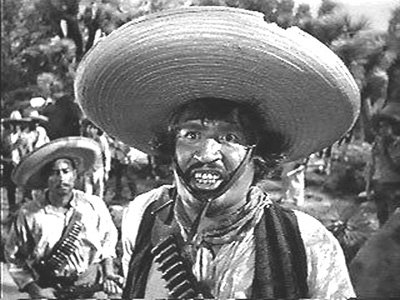 The Character Map thing didn't work quite right, so I figured out a way to at least make it appear to have an em dash. I just spaced three times, highlighted the empty spaces and chose "strike through" from the font menu...

Worse still it seems if I insert an em dash (which looks like a dash) the insertion point gets all out of whack. So it looks like there is a space after the last letter, but there isn't. And if I click in the middle of a word the cursor appears one letter later than it actually does.

Same problem here. Can't insert an em dash. Ugh. This should be added to the product. My editor is killing me. Ha.

See if this workaround is a viable option for you...

Peter, that's clever, and useful but it's still not a true em dash. I've put in numerous text handling feature requests so I won't bug you with another but there are very real and specific uses for hyphens, dashes, en dashes, em dashes, and horizontal bar and it will be great when SL allows us to use them properly. I'm dying to get new text handling features...

Agreed, Brett. Our development team sees each and every request, so they're aware of the want and need. Thanks for your input on it

Yes, Peter, that should do for now. Thanks.

How is this issue still not fixed?

Thank you for your suggestion, Keith! Finally, something that works!

I made a couple tweaks. I used 4 spaces instead of 3, and had to minimize the Font size of the strike-through spaces by 2pts in order to middle align it with the words beside it.

For those wondering what the differences are between these I present this from the Chicago Manual of Style:

Q. What is the difference in usage between an em dash and an en dash?

A. I will try to condense the various bits of information scattered throughout CMOS. First of all, there are three lengths of what are all more or less dashes: hyphen (-), en dash (–), and em dash (—). I frame it this way because the work they do is roughly related to their length (though I don’t think CMOS puts it this way outright).

The hyphen connects two things that are intimately related, usually words that function together as a single concept or work together as a joint modifier (e.g., tie-in, toll-free call, two-thirds). [hyphens are also used for hyphenation

The en dash connects things that are related to each other by distance, as in the May–September issue of a magazine; it’s not a May-September issue, because June, July, and August are also ostensibly included in this range. And in fact en dashes specify any kind of range, which is why they properly appear in indexes when a range of pages is cited (e.g., 147–48). En dashes are also used to connect a prefix to a proper open compound: for example, pre–World War II. In that example, “pre” is connected to the open compound “World War II” and therefore has to do a little extra work (to bridge the space between the two words it modifies—space that cannot be besmirched by hyphens because “World War II” is a proper noun). Now, that is a rather fussy use of the en dash that many people ignore, preferring the hyphen.

The em dash has several uses. It allows, in a manner similar to parentheses, an additional thought to be added within a sentence by sort of breaking away from that sentence—as I’ve done here. Its use or misuse for this purpose is a matter of taste, and subject to the effect on the writer’s or reader’s “ear.” Em dashes also substitute for something missing. For example, in a bibliographic list, rather than repeating the same author over and over again, three consecutive em dashes (also known as a 3-em dash) stand in for the author’s name. In interrupted speech, one or two em dashes may be used: “I wasn’t trying to imply——” “Then just what were you trying to do?” Also, the em dash may serve as a sort of bullet point, as in this to-do list:

We're still waiting for the update that will allow us to use all three appropriately in SL...

You'll want to use the two methods described here to insert an en dash and em dash.

Thanks Brett for the succinct description of each.

Hey, Brett, I'm a COS fan, but I especially like the way this "author" related the dash length to its use. Sort of a mnemonic device. Tx for sharing.