I had a lot of requests for the demo file I used in the Training Magazine presentation. Below are three video tutorials that show each interaction and the .story file. 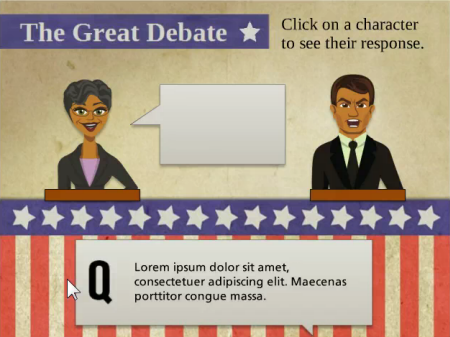 These are great examples - simple and effective - not too mention the quality of the character voiceovers ; )

The voiceovers are classic and I got them at a good price.

Thanks, Tom!  However, I am unable to access the source file.  I get the error shown below:

Hi Jonathan - Sorry about that. It looks like the s3 settings weren't correct. I updated them and everything appears good now. Can you please give it another go?

These are great examples

I decided that I wanted the slide to revert back to its initial state if I dragged the microphone away from the target (either Jane or Mark). I could only think of one way to do it.

Is there a better way?