If I have a couple of pop-up buttons and I want to restrict the next slide untill the learner had seen both of the pop-ups, it's fairly easy: I just add conditions to the "next slide" button, asking for both pop-up buttons to be visited.

I did that and it worked.

But what if I instead of pop-ups, the interaction uses roll-overs?

I already tryed asking for both buttons to be "Hover", but that didn't work. Any ideas?

Gerry, my man, that is exactly what I am talking about. How can you control that?

Here's what I did.

1. I disabled the "next" button by making it the initial state for the button.  (I like to use my own buttons in Storyline courses as opposed to the ones in the interface.  More flexibility, including adding buttons slides to my masters.)

2.  Each of the rollovers needed its own layer.  So for each rollover, I created a separate layer for it. 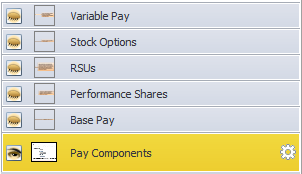 3. For the slide layers above, in the layer properties for each, I only checked "Hide other slide layers." 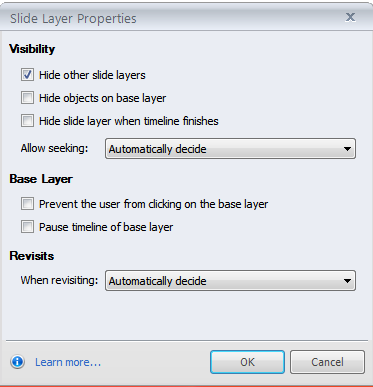 4. I then made my my rollover images on each of the layers created to be my rollovers. 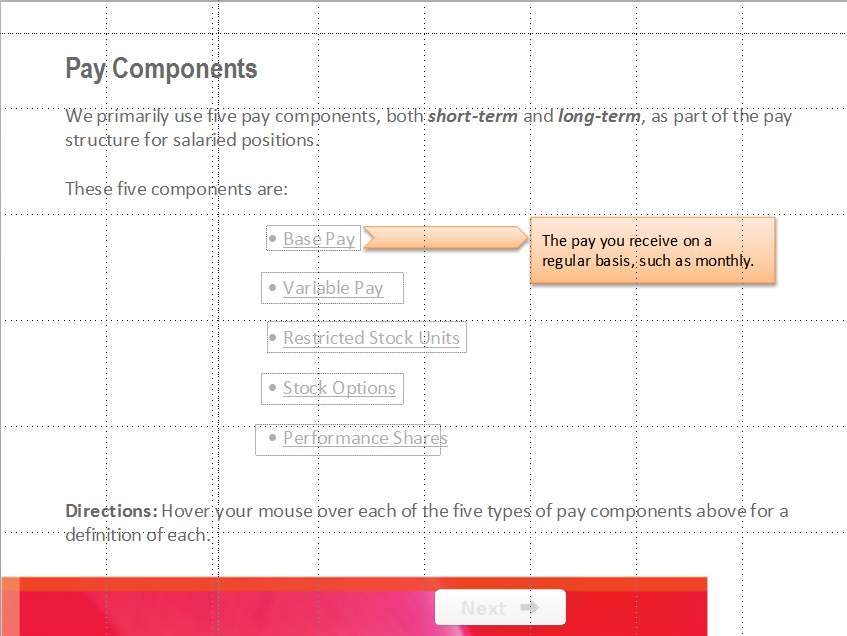 5. I then created true-false variables for each of my rollovers.  Initial value was false for each. 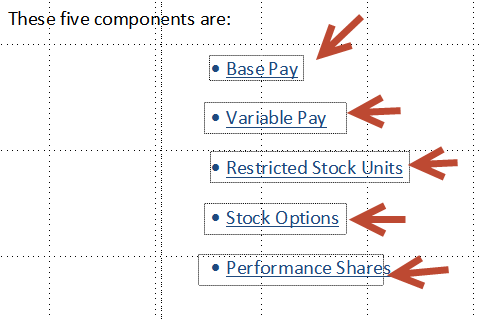 7. Then, to each of the rectangles, I added a trigger to show its appropriate rollover layer when moused over.  Also, made sure "Restore on mouse leave" was checked on the trigger.

8. Then, for each of the rectangles, I added another trigger--change its associated variable to true when moused over. 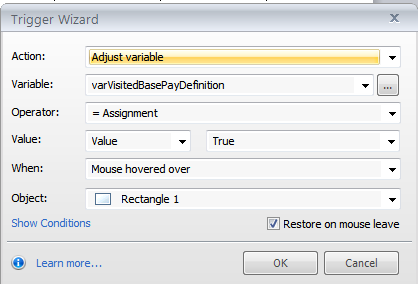 I also made this trigger the first one fired off for each of my rollover objects.  I wanted the variable updated first before any other triggers on an object..

9. Then, for each of the rectangles, I added one last trigger with a set of conditions--when all the variables were true, then make the next button "normal." 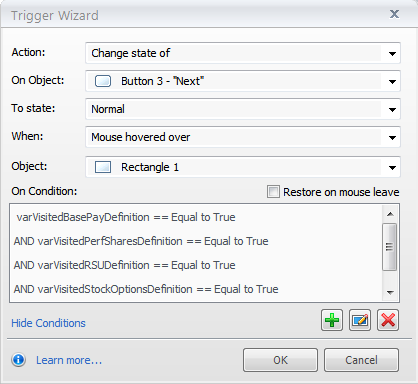 Because you can't predict the order that learners will rollover the objects, you have to attach this same trigger to each of the rollover shapes on the base layer.

It sure does help. And may I extra-thank you for your deference on answering me all that.

You taught me a lot today.

Glad to help.  Good luck on your project.