I have a slide where the instructions "select next to continue" and the next button are hidden when the timeline starts. This works just fine.

The instructions and next button will be revealed after a user interaction with a button on another layer.

It hides the layer and makes the next button visible, but it doesn't make the instructions visible.

Why are these simple triggers working for the next button but not the instructions?

The instructions last for the entire length of the timeline, so it's not a question of whether they are present or not when the trigger is executed. They definitely are.

They are hidden when the timeline starts. But if the user clicks on the seek bar, the instructions appear.

When the user clicks the close button on the second layer, it does everything correctly except change the instructions state to normal.

I should add that this situation occurs in both the preview and the published project.

Are you able to post a copy of your Storyline file here as that would be a big help in trying to resolve your problem?

In the attached example I have tried to recreate the basic elements of your slide from your description above, including the triggers necessary to make it work. I have tried it with both the Classic and Modern players and, in each case, it appears to work as you want it to. The instructions remained hidden at all times irrespective of how often I clicked on the seek bar and only appeared when I clicked on the Close button on Layer 1.

Thanks Ned.... I've never actually used initial states before. I usually use a "timeline starts" trigger to set an object's state.

Awesome and so simple. Thanks again!

State changes are a powerful tool in Storyline that are often underused and being able to set an initial state can be very useful.

If you are not wanting the user to be able to click on a button at the start, another option you can use is the built-in Disabled state. If you are not familiar with this one, the difference between this and the Hidden state is that a dimmed version of the button is visible, but it will not function if clicked. This is often used where developers want their users to be able to see that there is, for example, a Next button, but that it is not yet available until they have viewed all of the content, at which point its state is changed to Normal.

Another thing that is often missed is that a state change isn't restricted to simply a colour change of a button, for example, or an expression change of a character, but can also include added items that weren't visible in the original state, such as added text boxes for tool tips: 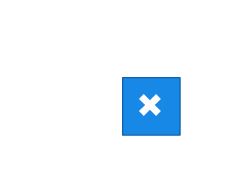 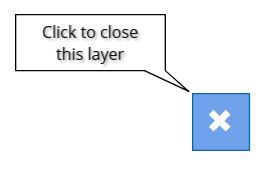 I would strongly recommend investing a bit of time playing with states and seeing how far you can stretch them, as you will find them an invaluable addition to your Storyline projects.