The new updated Storyline(3.36.21213.0) will cause problems with screen reader

The new updated Storyline version(3.36.21213.0) will skip some content on base layer and all content on additional layers for screen reader though they are on tab order.

Example 1: as below screenshot, the old version will read all ten alt texts but the new version will only read four alt texts. It skips the first one and all the text on the table. 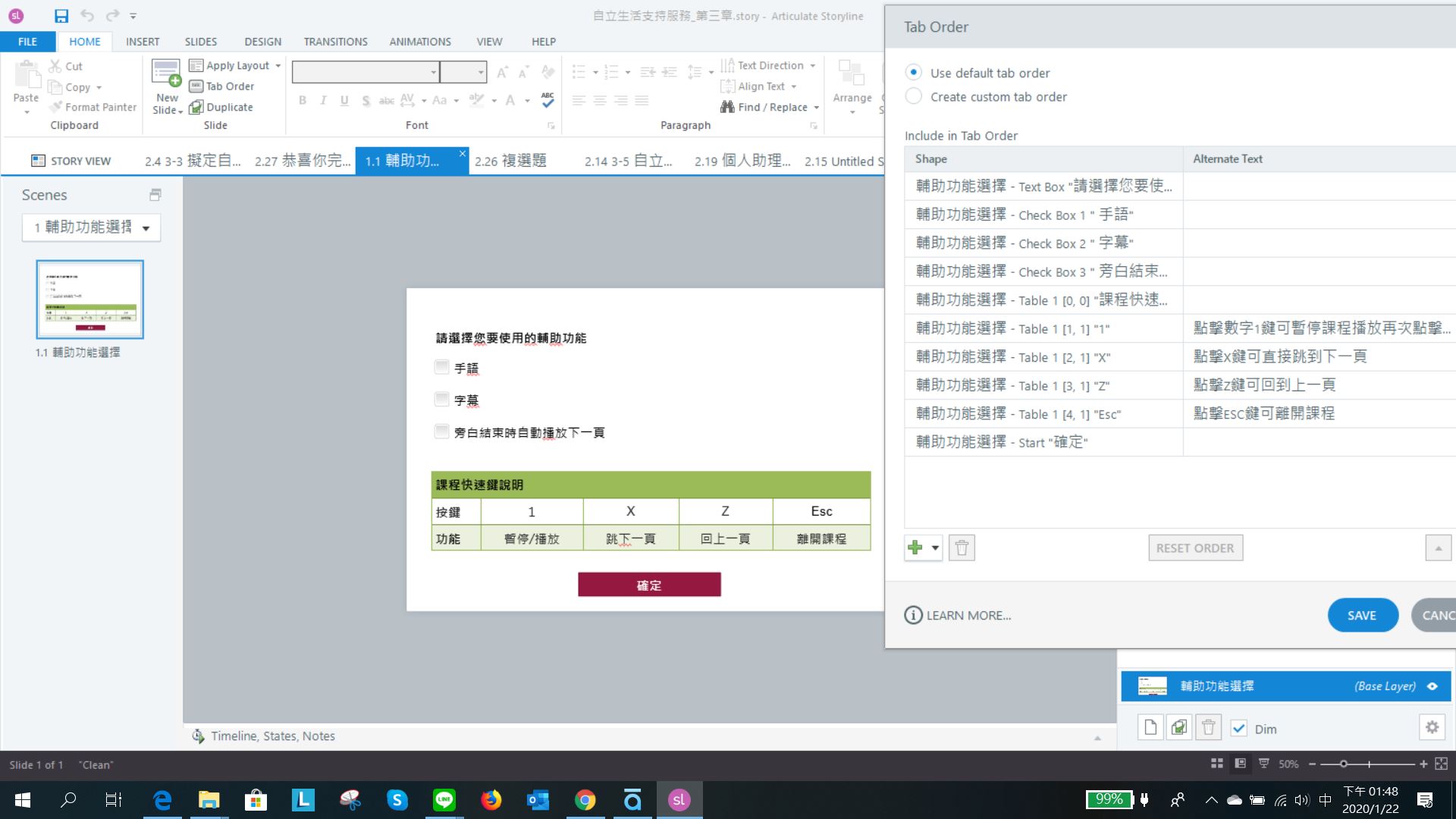 Example 2: as below screenshot, it now only read six alt texts when publishing with the new version. It skips the first two on base layer and all alt texts on other layers. 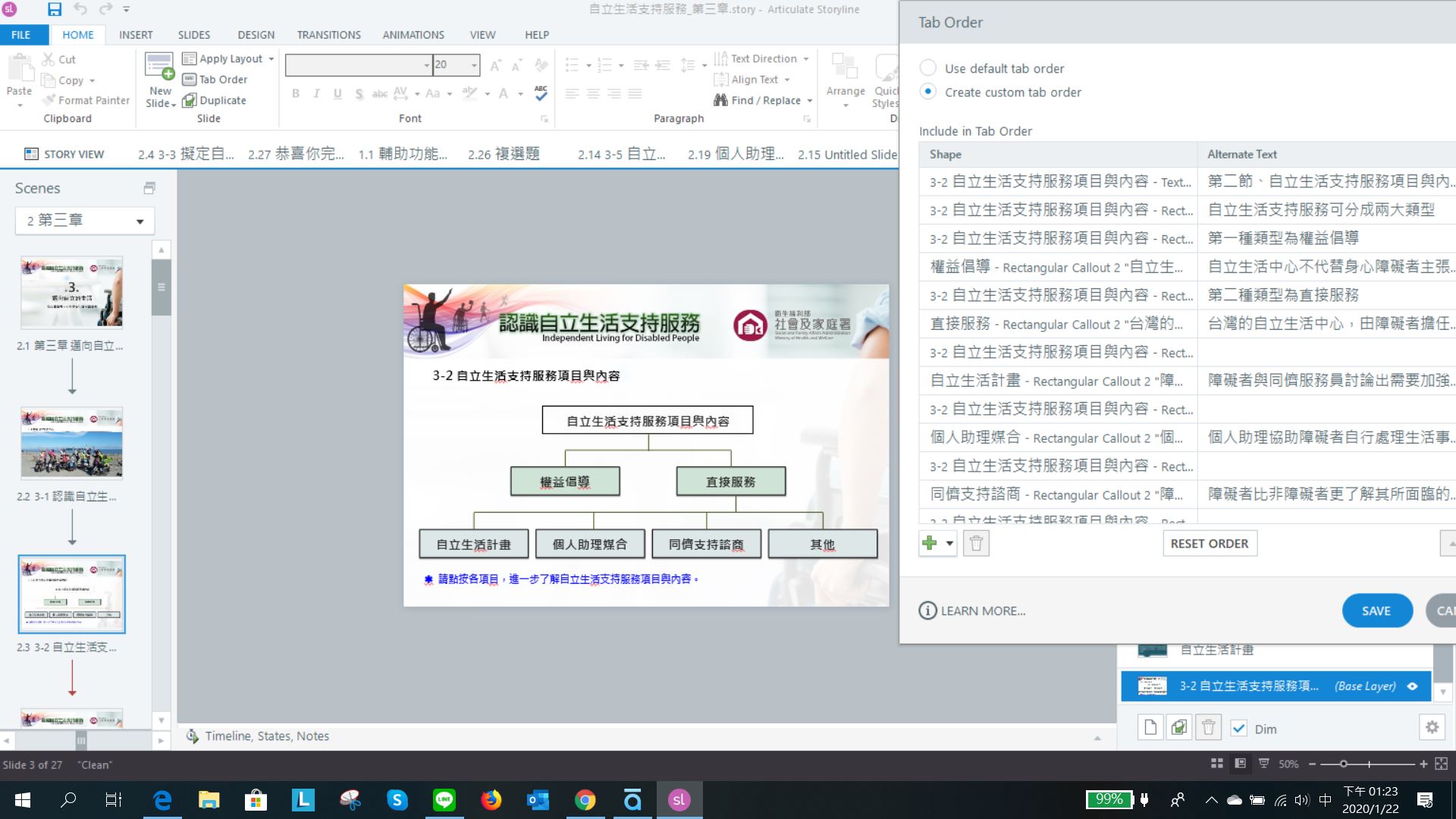 It looks like it will skip all the pure text and only read button text, option text. In addtion, it won't trigger a button. In the previous version if I use a screen reader and press Enter or Space key on a button, it will trigger as a click action. But it won't do anything now.

Thanks, Matt. That's the same issue. I am using a old version now and waitting for Articulate to fix it.