The attached file demos how to let users choose a unique path through a course based on their role or other circumstance.

Here's a quick explanation of how it works:

UPDATE: See my comment below for a sample that adds a custom menu.

The original question I saw about custom paths also asked about changing the built-in Menu based on the chosen path. That's not doable. However, the attached file (based on the one provided above) demos how to create a custom menu on the Slide Master.

I included instructions on the Slide Master of the .story file. 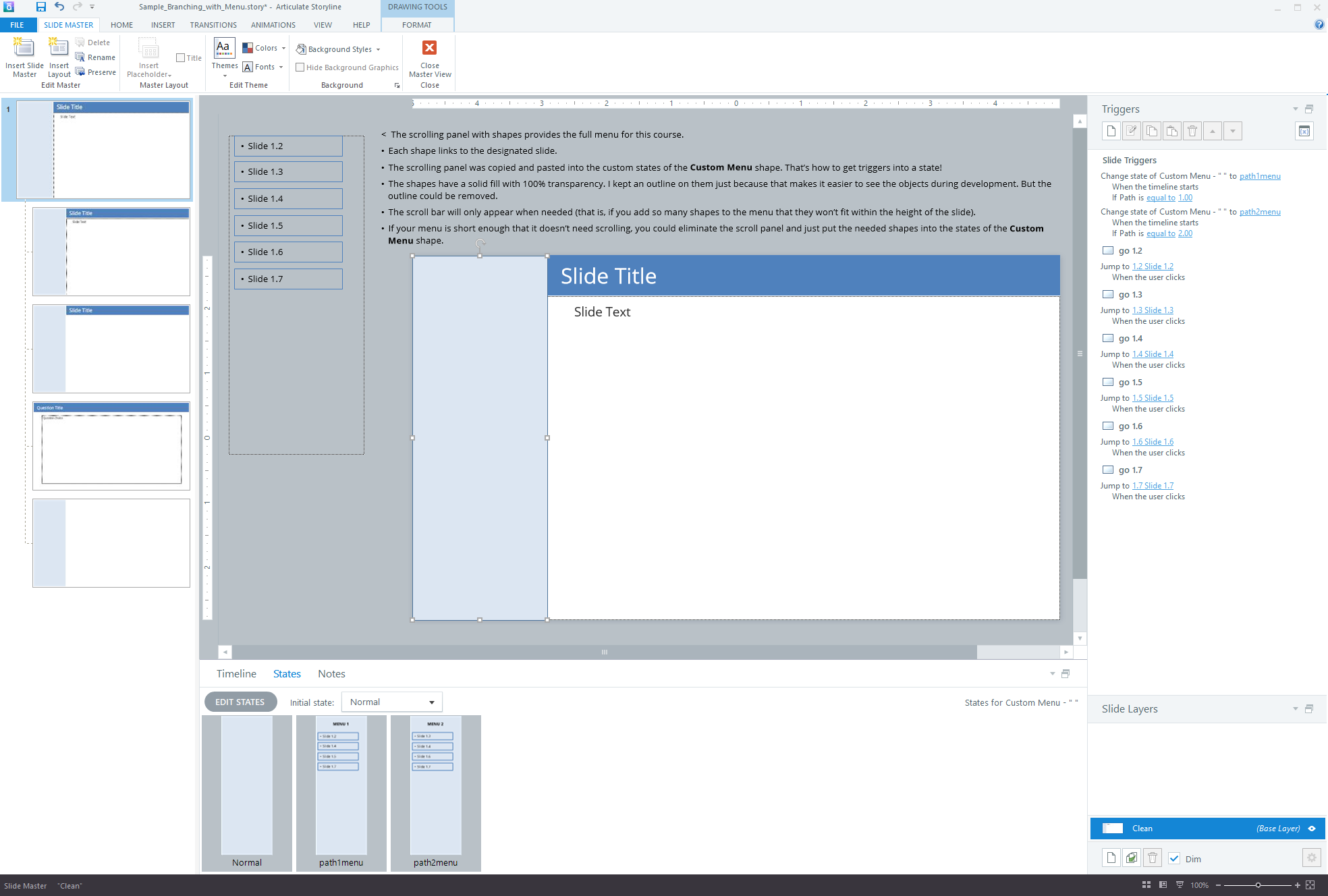