Base layer objects (and audio!!) show up in slide layers, even though they should be hidden

I've run into this problem a bunch, and usually I just put a white rectangle to hide the base layer objects. But I'd like a less kludgy fix, if it's available.

Here's how I create the slides:

Here are the problems I run into

I'm guessing the audio deal is caused by not pausing the base layer timeline (since we want the background music to continue) and the only way to fix it is to not allow seeking on the slide layers. But if not, let me know!

And how about the base layer objects showing through?

Hey James! Sounds like a handful of your base layer objects are still showing through in the first layer.

First, I would recommend unchecking the base layer in your Slide Layers panel: 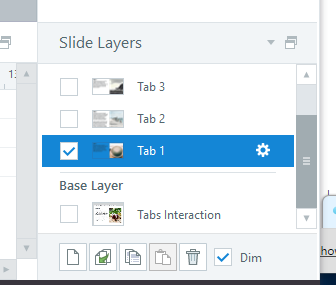 Then, I would still go over to your timeline, and on the Base Layer dropdown, ensure all the items are hidden: 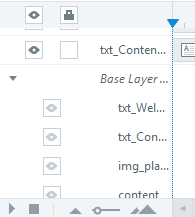 While doing that, I was able to retain the audio "soundtrack" on the base layer timeline, but none of my visible objects showed through.

As far as the animated text still coming through, on your layer timeline, that text box item will now have a drop-down of its own. Select that drop-down and make sure the animated text is all hidden on that (or each) layer. You should no longer see that base layer text in your other layers. 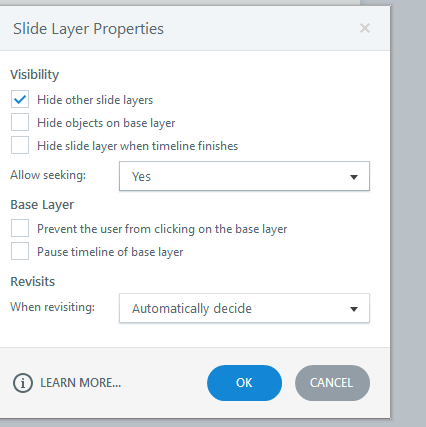 Does this help?  I've attached my example project here, too.

The check box in the slide layers panel only hides layers while you are working; your title will still show when you preview.