Looking for a little help with feedback

I'm trying to develop a Jeopardy-type game for my wife's community college class. I have done this before, but I'm trying to refine my template. My issue is that I want to give the user feedback from the main game board as to whether they got the answer right or wrong. I have the score up in the corner, but the buttons just become blank and disabled once the user has attempted the question. Ideally I'd like to put a green check mark for correct or a red "x" for incorrect. I have tried variables of various sorts to try and modify the state, but can't seem to find anything that works. 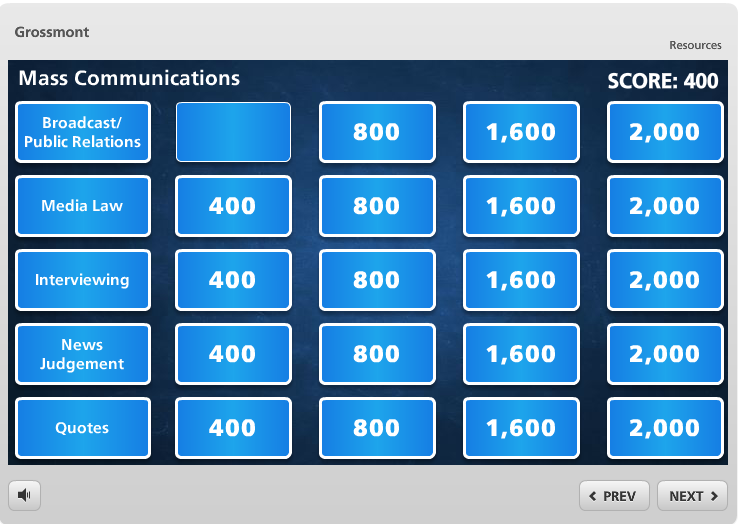 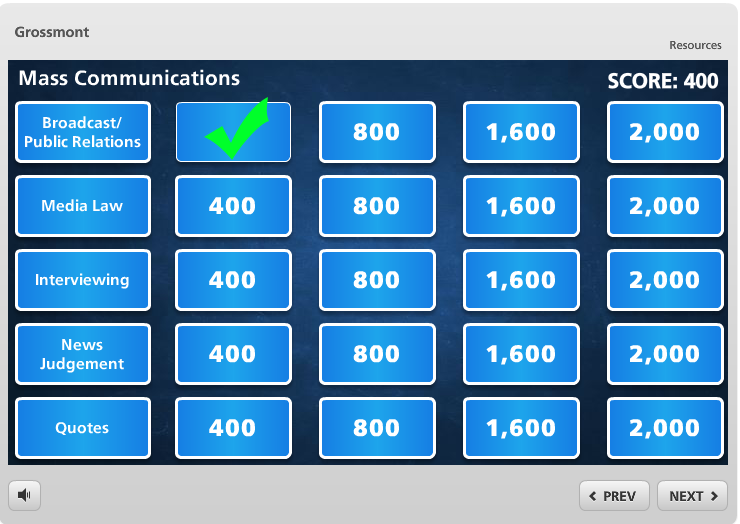 Is there any way you could post the source file? It would be easier to see why what you tried doesn't work and to test out ideas for you to see if they work.

I'm still learning the software, so I tend to do things in the most complicated manner possible

But my initial thought would be to create a true/false variable for each of the squares, set initially to "false" (so you would have forty such variables, one for a correct response and one for a negative response). Then, on the question slide, set a trigger on the object that submits the answer that changes the variable for the square in question from "false" to "true" if the learner selects the correct or incorrect answer (Keep whatever you are using to make the numbers disappear).

On the main game board, create the positive and negative feedback images (e.g., the green check mark) for each of the squares and place them in the position you would want them to appear. Set the initial state for each of these images as "hidden."  Then, at the top of the trigger panel, create a slide trigger that changes the state of the image to normal when the variable in question changes from "false" to "true."

I'm sure some variant of this would work, but I don't have time to test it right now. There's probably also an easier way to do this, as this feels a bit cumbersome. (Maybe each square could have three states: one with the number, one with a green check mark, one with a red X, and then the trigger would just change the square to the appropriate state depending upon which variable changes from false to true).

(Edited when I realized you also wanted negative feedback)

Thanks for the tips. I had tried true/false variables for changing the state of each square, and couldn't get it to work. I wonder if maybe making another square to appear might work. Let me give it a try. I'll let you know if I figure it out.

I created a very simple example of what I think you want by using true/false variables for changing the state of a square, just so you compare it to what you did.