When is a dial not a dial? When it's a JOYSTICK!

I was recently helping a client develop training that involved crane operation using joysticks and I really enjoyed the challenges.  I threw together this "claw game" sample so you can benefit from my lessons learned. The first one was how to make a working Joystick. That one turned out to be pretty easy using StoryLine's new dial functionality available in SL3/360; specifically the "Convert to Dial" functionality. 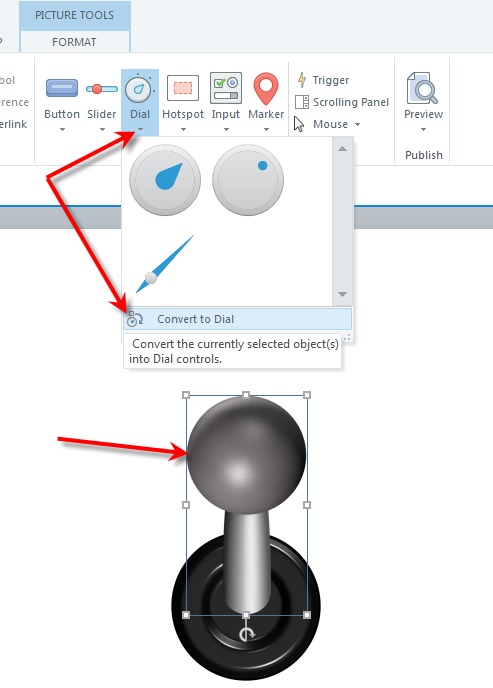 Once converted to a dial, dragging the point of rotation to the bottom and then fine tuning the arc rotation, number of stops, etc., I was well on my way to having working joysticks to control several motion path animations. 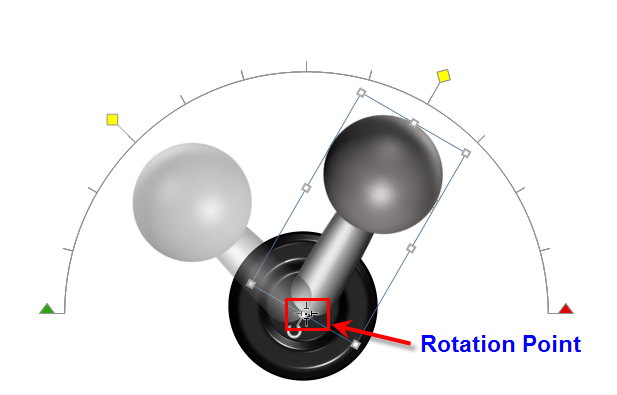 The subsequent challenges all fell into the categories of having the right variables and the right triggers to control ALL of the desired behaviors.  Just when I thought I had everything working, I discovered that I could shift all of my images completely off the screen to the left or the right even though I had variables limiting the left or the right animations. I discovered that their is a danger in using relative start points for animations that can be re-triggered before the prior animation(s) have completed. I solved for this using T/F "animation active" variables to place conditions on my other actions. Sound confusing? Let's just say things got complex as I added more and more variables which were used to place more and more conditions on my triggers.

This lead me to a lesson re-learned. Sometimes, when we are solving complex problems, it is easy to forget that not everything needs a complex solution. I kept struggling to get the animation of the object grabbed by the claw to match that of the claw's when dragging an item to the drop point. Even though I used the animation painter and checked and double checked everything. Then I realized, that it was much easier to just hide the "grabbed" object, and add a state to my claw that had the object secured by the claw. Using states proved to be much easier than recreating all of the motion paths. That said, the triggers still have some complex rules to drive when the state changes and to what.

I'm attaching a video and a "work in progress" StoryLine 3 file. Note that this isn't a final completed claw game. There is only one grab target and no panels or other graphics. This just has the basic working components for you to learn from and build your own!  The video also begins with a short discussion of variables and triggers for those just starting out.

Can't express how cool/awesome this share was - thank you!

Wow! Great work, Owen! This is super impressive. Thanks for sharing.

Thanks Tom, R J, & Allison. I enjoyed putting it together even if it is not a "full template"; all the important elements are there. :-)

That is some great out of the box thinking