Does anyone know the Rise cover photo dimensions? Everything comes out very distorted.

Hi Jill! Because Rise 360 courses are fully responsive, your images may have different dimensions as they adapt to different devices and orientations. For this reason, we don't have any specific size recommendations but check out these best practices when working with media in Rise.

A 3:1 aspect ratio for cover photos looks beautiful in the Rise 360 cover photo area. I found this discussion that might help you with designing your cover photo.

If you'll also take a look at Adam's video here, he also gives some information about responsive images,  and the recommendation to avoid images that require exact cropping. This starts around the 2:35 mark in his video.

Please let me know if you need more help!

I've been fussing with my image all morning and am starting to suspect that Rise is wanting certain dimensions for the cover image, not a 3:1 ratio. The best clarity I was able to get - still distorted but not nearly as badly as the other 3000 versions I tried - was with an image that was 4063 pixels x 962. This is almost, but not quite 4:1, but 4:1 was as badly distorted as 3:1 even though the image itself was slightly larger.

Does your tech team have any insight into what dimensions Rise wants to resize to for the cover image? I've read the best practices and they say to just use the best quality image available because the Articulate image compression engine is awesome. I'm not finding this to be the case, so I would like to size it in Photoshop if possible. Attached is the image that is working the best (labelled v3005), as well as an earlier version that looks even worse once brought into Rise.

Also, can I expect that the image will clean up once published, or does it preview at the same quality that it publishes at?

Most versions looked more like this (distortion along the person and even the triangles are extremely blurry. The size of this image is 2908 x 969, which should be more than adequate but is cropped at 3:1.

Here is the image as it appears at 100% in Photoshop, to try to prove that it's not just a low quality image. 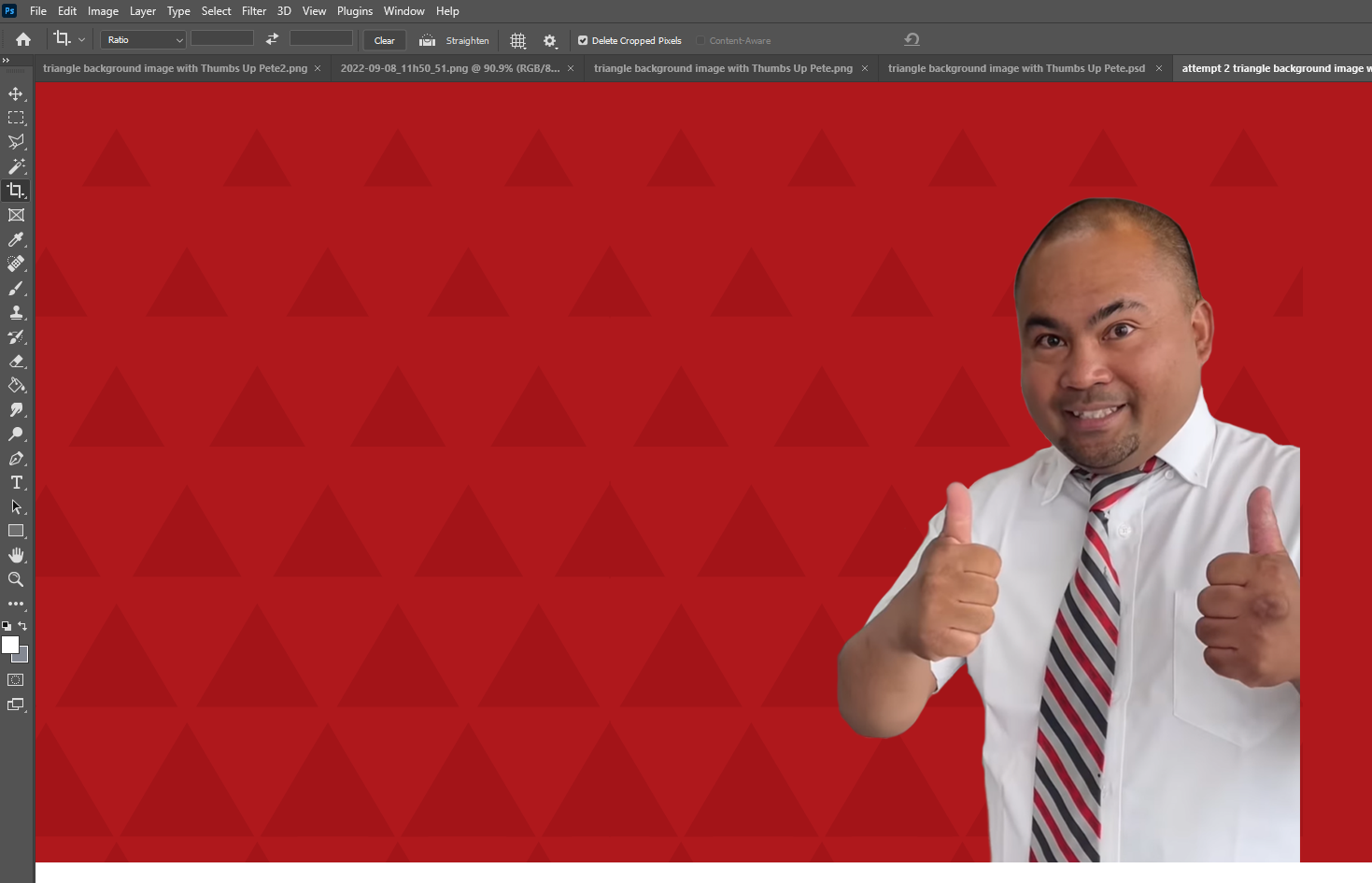 I'm sorry you are having problems with the image quality. We don't have a recommendation for cover photo pixel dimensions. I did find out that the image width is capped at 1680 pixels.  I would recommend using an image as close to the 1680 pixel width. Overall, Rise 360 will reduce the size of a cover photo if an uploaded image is too big.

Also, after testing my own courses, the quality of the course published should be identical to the course preview.

Thanks for reaching out!

Thanks John, making the width 1680 seemed to resolve the majority of my quality/distortion issues. I recommend that to others struggling with their cover photos.

Thanks so much for sharing what worked for the image quality in your project, Fiona!

I'm glad this thread can be of help to others in the community.

Have a great start to your week and happy developing! ✨