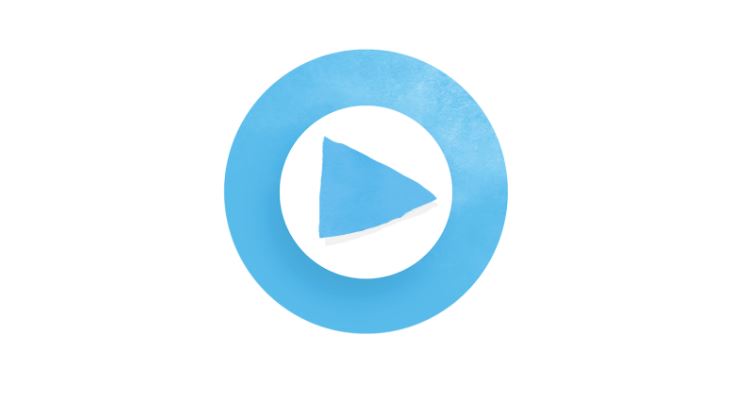 Did you know your Articulate 360 subscription has everything you need to create videos? That’s right—from the initial recording to making basic edits and gathering feedback to the final publishing of your video, Articulate 360 has you covered with Peek 360 and Replay 360. These are two extremely handy, easy-to-use tools you can use in conjunction with each other to create simple and professional video tutorials.

Here’s an example of a video that was recorded with Peek 360 and then edited with Replay 360 to transform it into a step-by-step tutorial. The best part is, from start to finish, it was all done in just a few minutes, including the narration. 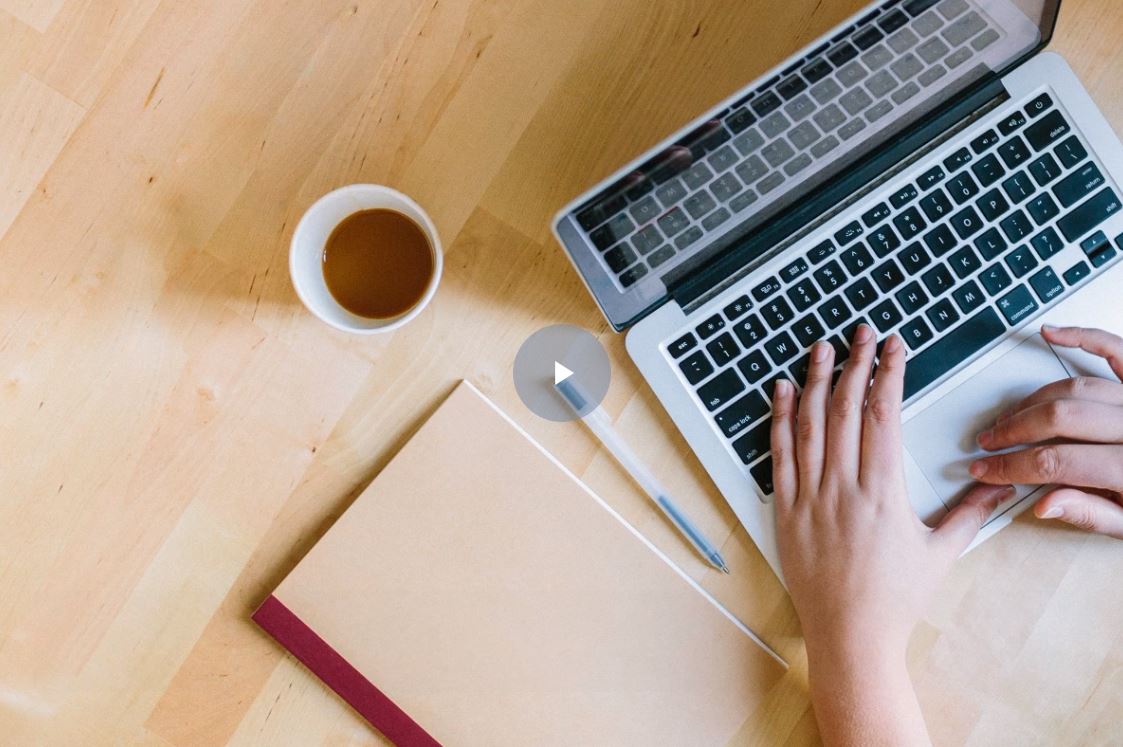 Let’s take a look at how you can use Peek 360 and Replay 360 to create quick and simple videos like the one above.

Record Your Video with Peek 360

The first step is to create your screen recording. You have a few options for how to do this, since both Peek 360 and Replay 360 have recording abilities. Personally, I like to use Peek 360 for my recordings. Why? I love how the Peek 360 recorder is easily launched directly from my taskbar, and the videos are automatically uploaded to Review 360 when I’m done recording.

I also like how completed Peek 360 recordings are converted to an .MP4 file (which are all stored in your MyDocuments/Peek folder). Here’s a tip for quickly accessing the .MP4 version of your Peek 360 videos: right-click on the video in question and choose “View in Folder” from the menu that appears. 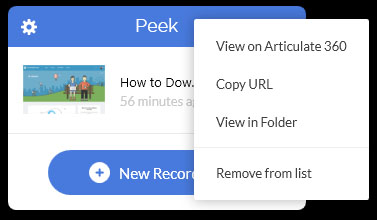 Right-click on a Peek 360 video and select “View in Folder”
to easily access the .MP4 version of the recording

I can also click “View on Articulate 360” from the menu to open up my Peek 360 recording in Review 360. From there, I typically grab the Share link and send it off to my reviewers or Subject Matter Experts. This way, I can get approval from stakeholders that the video covers all the appropriate content before I start working on final touches.

Edit Your Video with Replay 360

Once you’ve created your Peek 360 video, you can jazz up the .MP4 version with Replay 360 by adding images, subtitles (called “Lower Thirds”), and audio narration. To make edits to the .MP4 video you created with Peek 360, launch a new Replay 360 project and insert the video.

Click the Video button to insert the .MP4 version of your
Peek 360 video in a Replay 360 project

You’ll notice that your video is added to the A track in Replay 360 (there are two tracks: A and B). 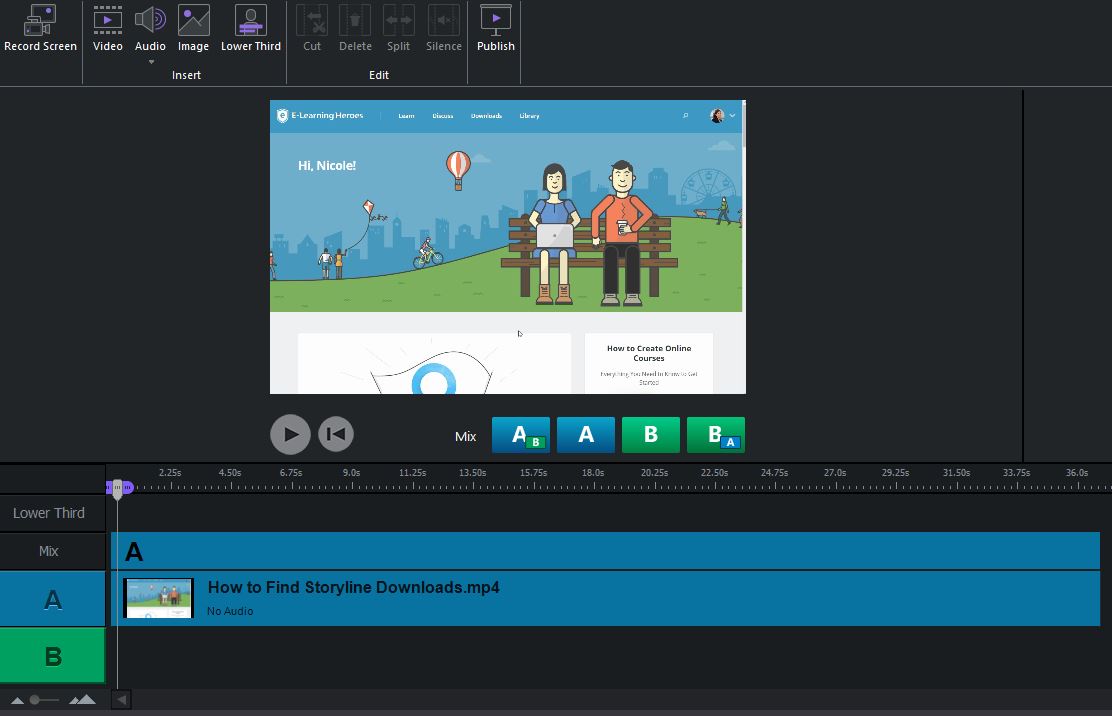 This is when it starts to get fun, when you can start making edits and tweaks. Here are a few things you might want to consider doing:

These are just some examples of things you can do to improve and refine your Peek 360 and Replay 360 videos.

Once you’ve got this great video, you’re going to want to share it with learners. Ways to share your videos include:

These are just a few tips for how you can use the tools available in your Articulate 360 subscription to create quick and easy videos. Have you created videos of your own with Peek 360 or Replay 360? I’d love to hear about your experiences, tips, or tricks in the comments below.

How do you compare Peek to Camtasia? Granted, Peek and Replay come bundled with A360, but Camtasia seems more feature-packed and truly, quite easy to use. Thoughts?

Hi Tom and Wayne. Great question. I think the answer lies in "what type of video are you looking to create and what level of editing/features will you need to achieve that?". Many of our customers feel that Peek and Replay provide them with all the functionality they need to record, edit and publish the videos they need for their training, without getting bogged down or caught up in extra bells and whistles, or features they don't necessarily need. For those customers, they don't feel the need to take on the extra cost of another video editing tool, but it's hard to say for everyone without knowing more. I think each tool serves purpose, so it really depends on your video development needs :)

Hi, Nicole. You're absolutely correct about finding the tool to fill your need. I must admit, i have not really played with Peek and Replay much. I've used Camtasia for years and am, admittedly, comfortable with it. Perhaps I should open them up and see how they compare. ______ TA

Thanks for this Nicole. I just used the Record Screen in SL 360 with "View" mode to create some software walkthroughs. Since the result is to spread out the "video" over a series of slides there's no way to pause, rewind etc that isn't clunky. This way is much more elegant. Much of the software simulation posts in this forum are older and point to the SL solution, I'm kicking myself for not thinking of Peek/Replay to begin with.

Hi Coniqua! Thanks for your comment. I'm happy you found a solution that works for you!

I agree that can be a handy video editing tool that doesnt have all the bells and whistles that other video editing apps have, however, I'd like to suggest access to more 'lower third' styles. The black one gets pretty boring over time, so if there's any opportunity to change colours, font, or lower third positions that'd be great!

Hi Mark! Thanks for leaving a comment. We really appreciate customer feedback! If you could pop into the feature request form and add it there, that would be great. Here's the link: https://articulate.com/support/contact/feature-request :) Thanks!

If you embed video in Rise and export it for LMS, does the video export as a file in the package, or is it streaming from Articulate's servers? Our LMS is kinda lousy for streaming, so I've gotten into the habit of just embedding videos streamed from Vimeo and YouTube rather than directly into the course.

Hi James! That would be a great question to post here: https://community.articulate.com/forums/rise . The Rise Product Forum should get you an answer from a community moderator. Thanks! :)

Can I import a storyline steps recording into review 360 to get a better editing solution?

Hmm. Exactly what I'm looking for too! Anyone? I like the step recordings in storyline but would like audio narration alongside. Appreciate any advice.

Hi Nicole, does your advice on recording in Peek, then exporting it into RIse 360 still stand? New user just getting started here and want to produce videos as efficiently as possible. Thanks!

Hi Kim! Yes, I would still recommend this process. However, just want to note that this is what works best for ME, but if you play around with recording your videos and audio a few different ways (recording audio and video at the same time, vs. doing them separately) you'll end up finding what feels most comfortable for you. :)

Is there a blur feature available in Replay 360?

No, no blur feature unfortunately :(

Is there a way to separate the audio from the video track in Replay 360? "split audio from video" so that you can edit the video and audio tracks separately.. or even better export the audio (edit it in an audio application) and import it back in as a separate track?

How do I edit a video if I didn't use Peek?
Sign In to Comment
This site uses cookies. By continuing to browse the site you consent to the use of cookies. Learn more here