When Video as a Web Object Doesn't Play ...

I recently tried to add a video as a Web Object to a Presenter project. The video resided on an Internet server, and after adding the file's address after the already provided http://, it tested okay by using the "Test Link..." function.

But after publishing to SCORM and loading to an LMS, the video would not play. Testing in SCORM Cloud also failed.

Articulate Support had a look, and found that the URL needed to include the "s" as in htpps://

So, even though Presenter provides a starting default of http://, don't overlook the "s" if in fact your target URL includes it. 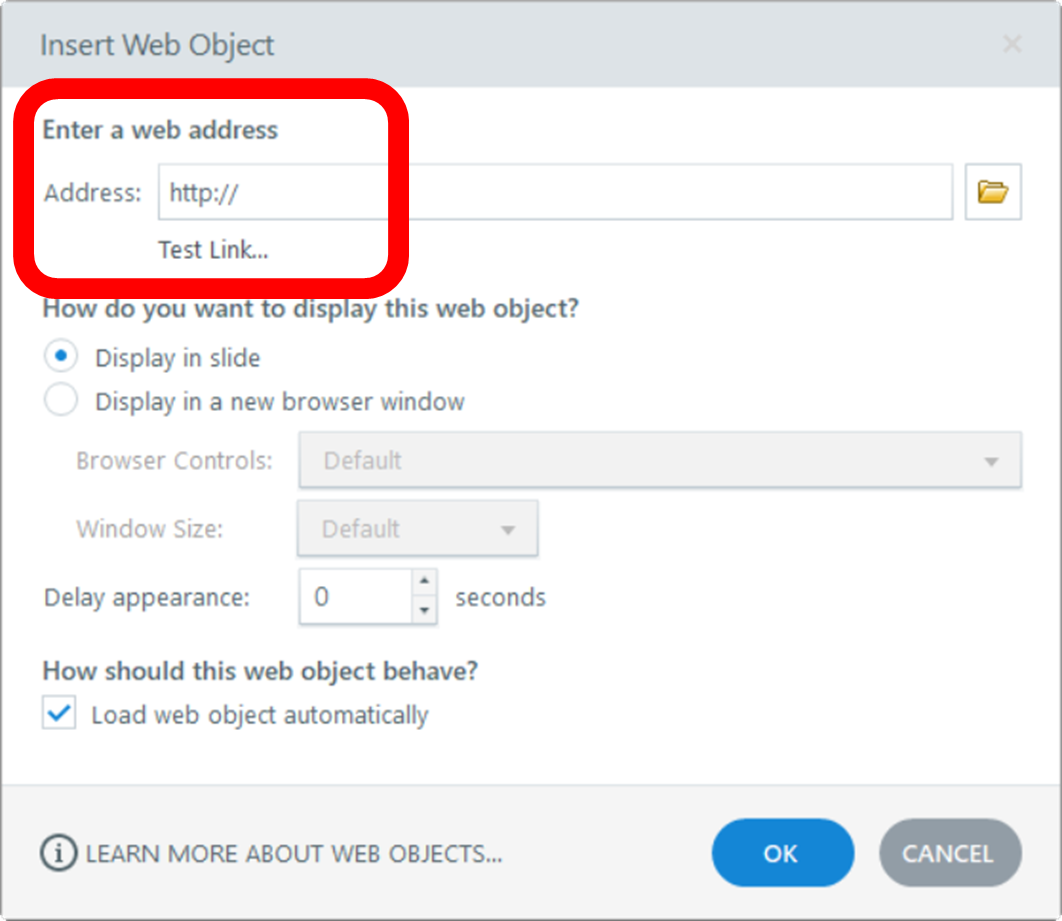 In addition to solving the problem, tech support's Lianne Budomo reminds that if your web content is located on the Internet or an intranet, learners will need to be connected to the Internet or intranet and have the proper security permissions to access it. Otherwise, the web object won't work for them.

Also, Lianne adds that HTTP isn't secure which probably explains why the browser prevented the web object using HTTP from displaying. Modern web browsers have changed the way they handle mixed content, such as iframes. As a result, web objects may not work in the latest versions of web browsers, such as Internet Explorer, Google Chrome, and Firefox. Web objects may flicker or be missing altogether. The solution is to host the content on a secure website and use https:// for your web object.

Thanks so much for lining out the steps you covered when troubleshooting your web object! I'm sure this will be helpful for anyone else who runs into this error.

I also wanted to go ahead and add in our article that covers this topic as well!