I have a course which originally had a Resources tab displaying on the Storyline Player, but during development I no longer needed the attachments and so I removed the Resources check mark from within the Player modifier box.  However, the Resources link continues to display on the first slide only even after publishing.  It doen't show on any other slide!  It's so weird, I want it completely removed because I no longer have an attachment.  Any suggestions?  I've tried saving a new Player template (several times) and in the player preview on the right side it shows as if the Resources tab is removed, however each time I publish or preview the first slide it still displays.  When you move on to the second slide the Resources tab goes away....  Help!

Welcome to the forums, Marsha!

Maybe you've already checked this, but just to make sure: did you check the slide settings in Story View? Perhaps the "Custom for the selected slide" settings have been activated? There, you can change the settings for a single slide to ignore the Player settings and create settings for just that slide. 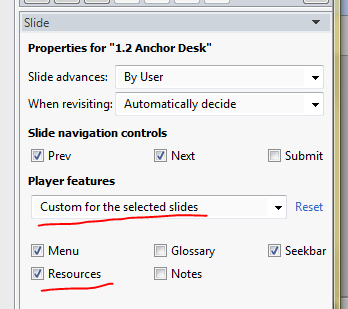 You are AWESOME!  That was it, didn't even think to check that, and it was exactly as you'd said.  Thank you so much!!!

Hooray, glad it's been figured out!

hi, I cannot seem to figure out how to get the view that you show, S. Yu, in your post above - the image with the Slide properties where you can choose to edit the navigation controls for each slide.  Can you explain how to get there?    thanks

for example, I cannot figure out how to open up slide properties, I am attaching what I currently see on my screen from the Story view- I cannot locate how to edit slide properties - it is supposed to show up on right but this is all I see! 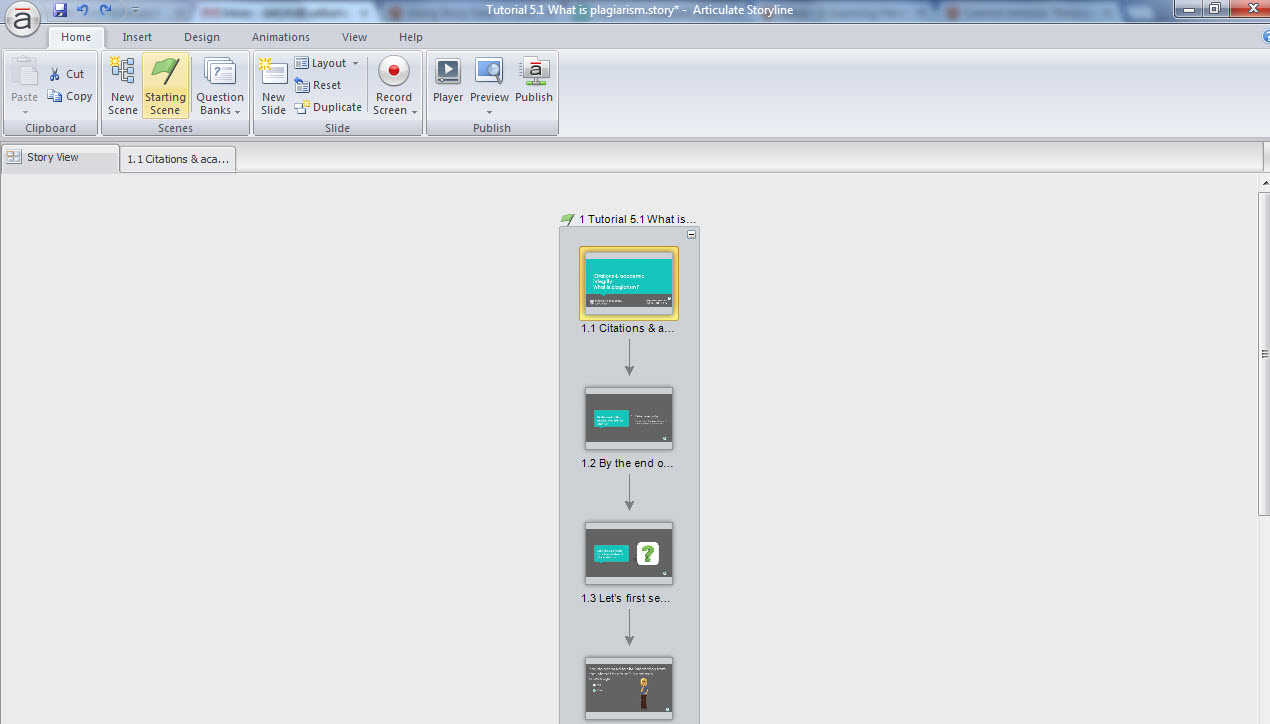 Hi Debbie and welcome to Heroes!

Based on the image you showed, it looks like you may have hidden your slide/trigger panel on the right hand side. To access it, you'll need to hover all the way on the right hand side and drag it back out to the left so that you'll be able to see it. This screenr deals with the layer and trigger panel, but you'll follow the same process within Story view to bring the trigger and slide properties panel back into view:

Once you do that, you'll be able to follow the directions here to access the individual slide properties.

Ashley, thank you so much, that was indeed it!  Much appreciated, excellent service.

Thank you so much, S. Yu! That worked for me :D

That helped me out too :) Cheers

Just helped me out! Big thanks! I was SO STUCK on this!

So glad to hear this was helpful for you, Tera!

Have a great weekend and happy developing! ✨