I did submit an official feature request, but I wanted to see if anyone here had similar ideas about this type of thing.

Just like how I can specify an exact x,y coordinate for an object, and adjust its height and width with the "size and position" window, it would be nice if there was a similar way to at least reposition the end of a line motion path for an object/group.

So many times I am specifying the end location of an object, after its line motion path animation and the only means by which I have to decide on its end location, is by dragging the little red dot around on the screen. This situation is made even worse still when I have a line motion path on a group of objects, as there is no onion-skin by which I could at least eyeball where I want that group to end up.

Anyone else have this problem? Any workarounds?

That's a good idea for a feature request. It would be great to have some anchor on the destination of the object in animation, so you'd instantly see the end-result layout of an animated slide.

For the meanwhile, maybe you could try a couple of workaround that I do when adding a motion path on a group of objects. 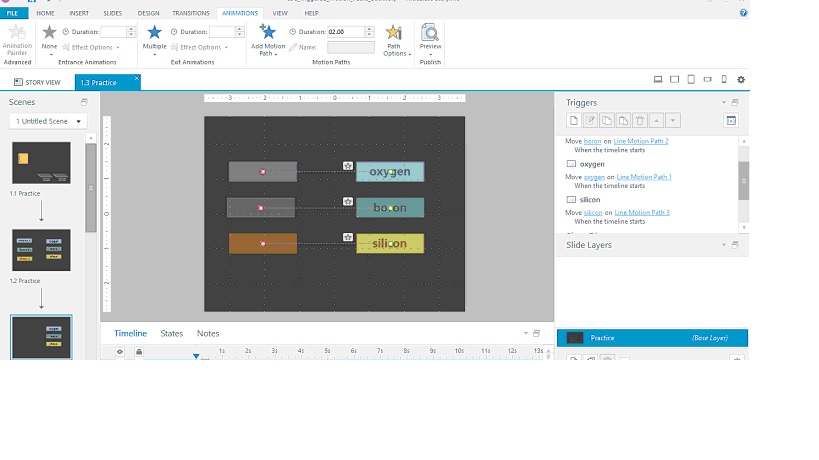