icons not working as intended

I am making a social media banner for my e-learning course so that learners can be taken to our social media platforms when they click on the different social media icons. I have used a YouTube icon from the content library. Having added the trigger to open our YouTube channel when the learners would click on it, I have noticed that if learners click the little triangle in the icon, nothing happens but if they click outside the triangle then they're taken to the channel. Why is this the case? It doesn't make sense to me.

I'm seeing the same thing. The triangle in this icon seems to be "empty". A quick fix would be to add a white rectangle to the icon's Normal state and put it behind the icon.

Thanks Michael. This shouldn't happen though. I was expecting the icon to behave as a "whole" object and not allow storyline to decide what element of the object could be set to trigger. Is this a bug that needs resolution?

The icons of Content Library are composed of a number of Grouped objects. So depending on what you trigger set up looks like, it sounds like the trigger is connected to just one piece of that?  If you want to share the .story file here (or even a screen capture of your trigger panel) I'm happy to take a look!

All sorted for now Ashley. Thank you very much for your offer to help.

We're here if you need us later, Angel! Also, you can always connect with our Support team here - they're around 24/7!

Hi Ashley, I wonder if you can help me with this. Please take a look at the attached file. The icons are not working as expected (not all). If you click in the middle (grey space) of say the first icon (calendar)...nothing happens. Whereas if you click on its borders then the trigger is activated and it opens up the layer. This is not what I would expect? How can I overcome this issue? The same things happens if you click on the grey spaces between icons.

I can tell why it does what it does (or doesn't), but I can't give you any way to make it work that I think will make you happy : (

As Michael said, parts of the icons aren't there. I put shapes behind them, and as you can see, the yellow shape shows through the parts that aren't there: 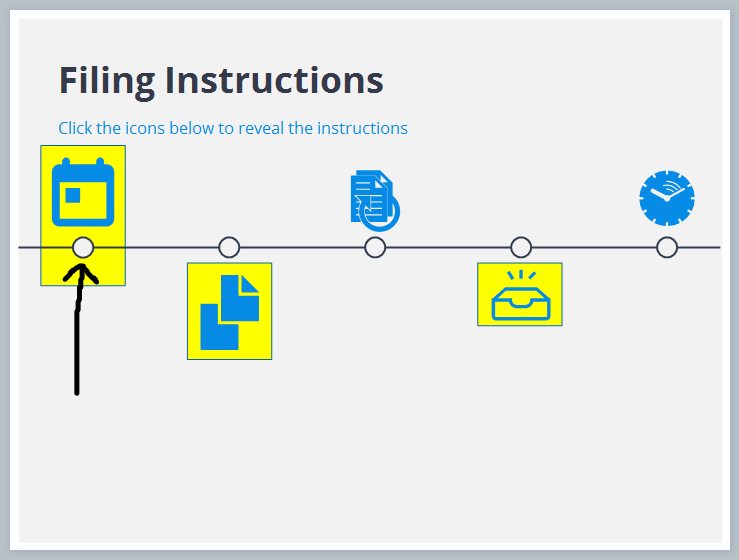 Note that the little circles are filled, so they work when clicked.

As Ashley said, the icons are groups. I ungrouped the empty icon: 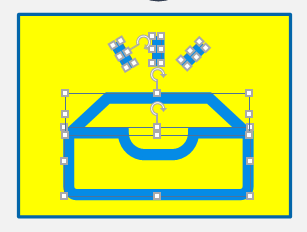 It is just 3 lines and two unfilled shapes, so there is nothing there to catch the clicks.

Bottom line: Those icons are poorly conceived, if not an outright bug. There are few uses for icons that don't involve clicking, and the way they are, they can't be used to click.

Solution: You can copy them into a graphics program, and either save them as a .png (which causes them to lose their transparency, making the gray parts white), or fill the transparent areas (which makes them just as ugly, unless you can exactly match whatever background you want to use.) 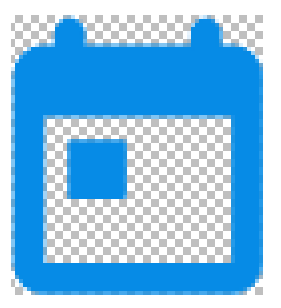 What I would do is to put a shape over them, fill it, and set the transparency to 95 - 100%. (In SL2, I used 100% transparency without problems, but at least in its early days, SL3 had problems with trying to drop objects on targets with transparencies of as low as 98% and up. I think that is fixed now, but it may show up in other places, who knows?)  Not a very elegant, nor comfortable workflow, but maybe better than what you have now.

And I would certainly file an error report.

Thank you Walt for your comprehensive response. I wonder if staff from Articulate would want to take this up as a feature request.

We love feature requests! You can always share it with our product team  here!

Our team also keeps an eye on popular items mentioned here in the ELH community and often submits requests on a customers behalf.

Also, in case you're curious what it takes for an idea to become a full fledged feature, take a look at this breakdown.

Thanks Ashley that is good to know.

I have run into this issue, so I simply placed a hotspot over the icon. I configured a hover state and added a trigger to change the icon to its hover state when rolling over the hotspot.

Thanks for popping in to share what works well for you Amy :) Much appreciated.

I've been using the hotspot workaround too for a "User clicks" trigger.

I also use States of the icon to display instructions (they toggle so easily using the selected state). I create a solid shape for behind the icon and group it together with the icon. Then change the state of the background shape. This works for States, but not for a "User clicks" trigger.

Thanks for sharing what works well for you Paul. Sounds like you ran into an icon made up of many components as well.

I've saved the grouped items as an image to fill a similar need as well.

Re: Saving grouped items as an image

Thanks Leslie. That's a great workaround for icons. Parts of the image stay translucent and its all clickable.

Glad to hear that worked out here Paul! Thanks for letting us know.