I'm wondering why my reference code is appearing in the articulate player on my ipad but it does not appear on the desktop version?  I created a "My Notes" lightbox page and attached it to the player.  When I accessed the page on the laptop only the empty box appears ready for notes, but when I pull it up on the Articulate Player on my ipad the reference code appears at the top of the data text-box.  How do I eliminate or hide this and still have the notes page function?????

This feels buggy to me, Sylvia.  Would you mind sending us a copy of your .story project file for a closer look?  Thanks!

Hi Justin, you can view the file at http://www.testsite.bcmtraining.org/. You can see on the player top right the "Notes" tab.  It works on my mac, but if you click on the notes tab in the articulate player on an ipad (haven't been able to test it on android yet) you'll see the reference code at the top of the text area.  I'd be super grateful if you'd try it out and let me know if you get the same results.  Meanwhile, I check with my supervisor to see if I can send you the file.  THANKS

I'm still testing the "Notes" tab to see if it will work on our next project because it's a "thinking" course and writing thoughts for later in the course will be important.  So far this is the only way I've been able to get notetaking capability into the program and/or on the website.

Hey there, Sylvia.  I had a look at your course, but you may have changed it since your last post.  I didn't see a Notes tab on your player on any of Chrome, Safari or Firefox desktop versions:

If you can't share your .story file, would you be able to describe your setup for that lightbox slide?  Do you actually use the text reference in the text-entry field at all, or is it a standard "type your text here" instruction?  We can try to match your setup and test on our end.

Thanks for sharing your output!

Crystal, I made a modified version of the course that I can share here http://www.testsite.bcmtraining.org/testfile-for-notespage/. If you try this on the Articulate player on an ipad I think it will show you the %YourName1% in the notes page.  THANKS for looking.  I can also send you the working .story file of this modified version if you can tell me how to do that.  MEGA thanks!

Ok, I see what you're saying Sylvia.  The HTML5 output of the course is showing that coding in a lightbox slide with a text entry box, and it looks like in this instance, your course is embedded in an iframe on your website.  I'm going to discuss this behavior with my team to see if we can identify what's going on here.

I'll be able to update you a bit further tomorrow!

Hi there, Sylvia!  Sorry for the delay on testing out a few things.  I went straight to your course without viewing it in the iFrame, and I still saw the same behavior with what looks like an embed code showing up in the text entry box.

I generated my own test file, which you can see here, and the HTML5 output isn't showing anything extra in the text entry field that I have set up in the lightbox slide from the "Your notes" tab in the Player.

Are you able to share your .story file with us for some further testing?  We would want to have a closer look at your lightbox slide.  Did you use a Storyline text entry field, or is that another object being used to capture your learners' notes?

You can use the Add Attachment button to share your source file so we can dig in deeper!

Crystal, I sent the file, but today I don't see it.  Did you get it? Here it is again just in case.

I see it in this post now!  Thanks Sylvia.  I'll have a look.

Hi Sylvia!  I had a look at your source file; that was really helpful, so thanks for including it!

On the lightbox slide, I noticed that you had a variable text reference inside the text entry box. 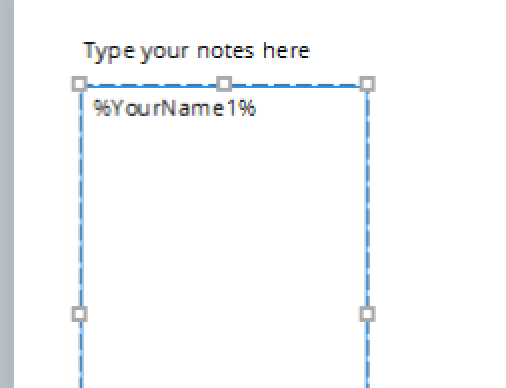 The YourName1 variable was only being used in 2 places, both on Slide 2.1:  as a reference in the text entry box, and in a trigger to be made equal to the value of another variable, DataControl. 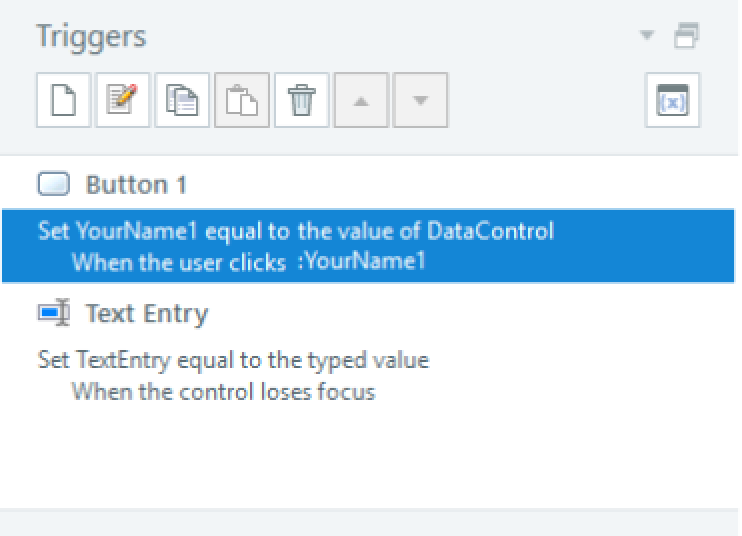 So to address what you're seeing, the browsers handling the HTML5 output are having a hard time dealing with the variable text reference with no value, and thus are spitting out that strange coding which includes the actual reference to the variable.

If you don't need anything to appear in the text entry field when the learner sees it (which presumably you don't since you have the instructions to "Type your notes here" above the field), you can just delete the reference text %YourName1%.  Whatever the learner types in that field will be stored in the TextEntry variable, and can be updated as they go.  The slide is set to resume saved state, so any text that they've typed into that field should remain when they reopen the lightbox from your Player tab.

You won't need the button to Save My Notes, either, but if you want to have it there for clarity and learner peace of mind, you can change the trigger attached to: Set TextEntry equal to the typed value when the user clicks on the button.

Finally, unless you are making use of the variables, YourName1 and DataControl, elsewhere in the course, I would just delete them to keep your variable list tidy.

I hope that is somewhat helpful for you!  Let me know if I'm shortsighted on what you need, though, and we can work through it.

Crystal, this is TERRIFIC help!  THANKS SO MUCH!