The playing of the audio is dependent on a variable so I have a slide/layer trigger to play media at start of timeline when variable is true [the variable is set on the previous slide].

[so the user can choose audio or not for the tutorial]

Problem - when I choose to replay from the seek bar while on the layer, the seek bar goes through the motion of replay but doesn't seem to be replaying the audio.

I have not tried publishing yet - only at the first slide for adding audio.

Can anyone help me out - what am I missing here?

Happy to help! Are you comfortable with sharing your .story file for testing? You can share it publicly here, or privately with our support engineers. This will allow us to dive into the file and get a better picture of the issue. We'll delete it when we nail down what's going on!

thanks for getting back to me.

I've copied the relevant slides to a test story - so it's just the few slides at the start, rather than including all the content slides. These slides should demonstrate the idea I was going with  - to include user options for audio, along with slides and layers.

The slide with the problem is slide 1.3 Hello my name is. But you need to run the project to set up the audio options first.

Thank you for sharing your file!

After reviewing the project, I saw the same behavior when the trigger for the audio is set to play when the timeline started. I will be checking this functionality with our team and will be sure to provide any updates on this as soon as we have more details!

In the meantime, I did find a workflow that would reset the audio as expected. Instead of using the trigger, Play media when timeline starts, I changed it to Play Media when Timeline Reaches 0 sec: 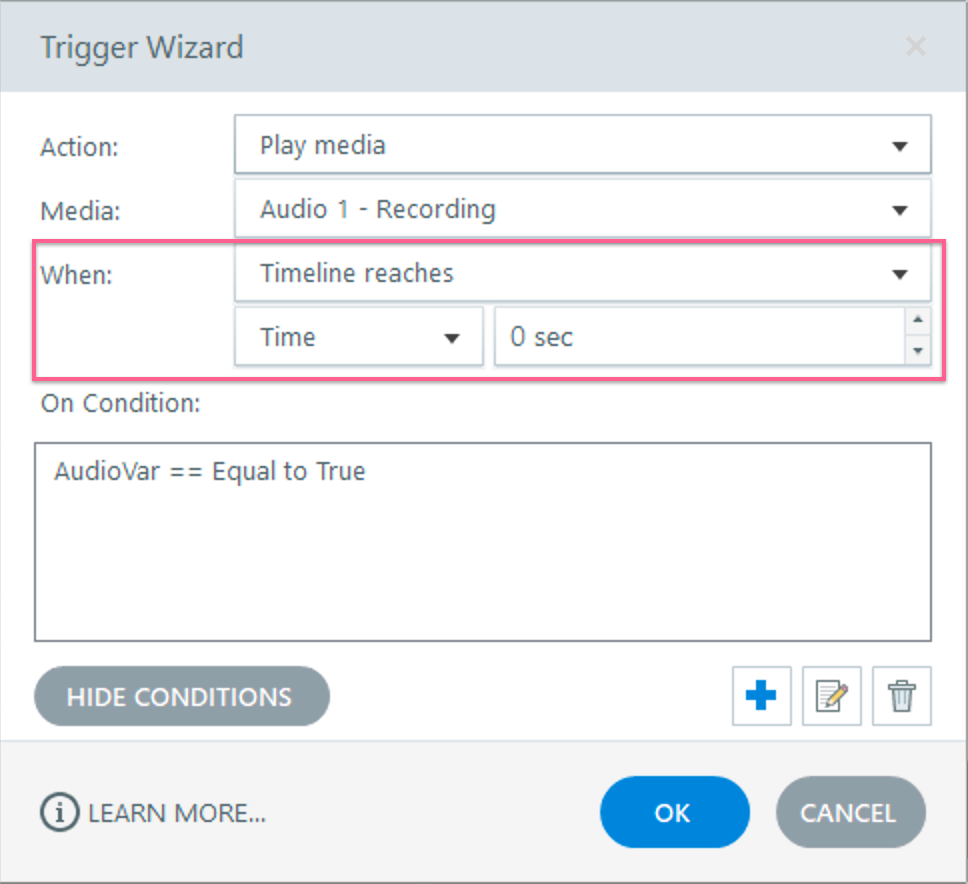 After applying that trigger, I found that the audio would replay as intended when clicking on the Rewind button on the player.

Please let us know if you have any questions!