Shadow in Notes text (Not Captions) of Storyline 2

HI, I've been having a this issue where the Notes text in some of our side appear to have a shadow that cannot be removed. This usually occurs when I copy some caption text (that does have a shadow) into the Notes section by accident (Doh!). As this shadow appears in the Player Transcript, it is a big visual problem. 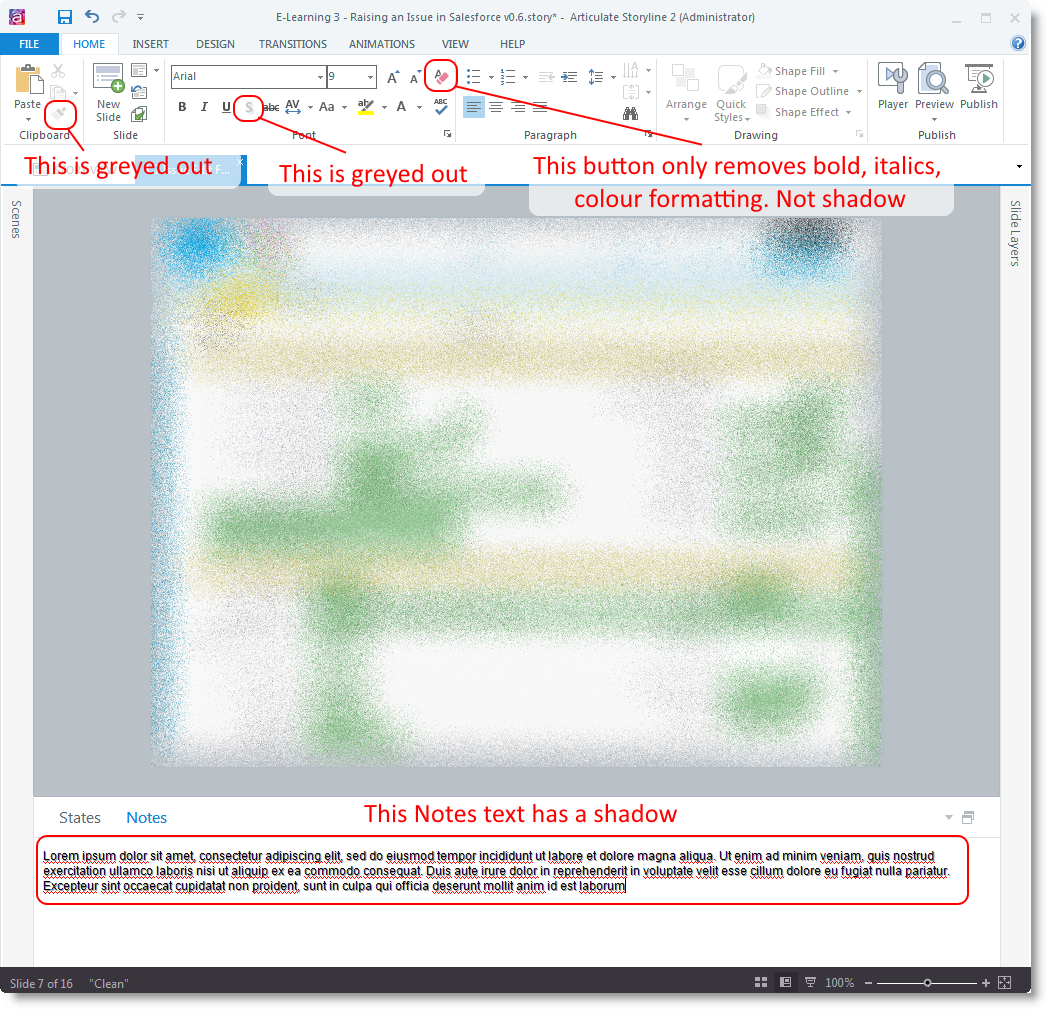 I have tried the following:

Due to the large number of layers and triggers used on the slide it is very difficult to copy into a new blank slide. Anyone have any other suggestions?

Use the notes tab as if you don't have an issue with shadows. Once you're finished with the module visit each slide and temp-cut the notes text on an empty notepad file (Ctrl-A, Ctrl-X on notes, Ctrl-V on notepad). Then dump the content right back to the notes tab. That should get rid of all formatting and shadows.

I'd agree with Alex's thoughts in regards to stripping out the formatting using Notepad, and in the future I'd suggesting doing that as a part of the normal copy/paste so that no additional formatting is left lingering.

Hi Alex, thanks for your reply!

I've tried that as well. This clears all the formatting except for the shadow. For some reason it remains persistently in the Notes tab. Thank you for your suggestion though.

Hi Ashley, normally I do use Notepad to strip out formatting but occasionally I forget and paste directly into the Notes tab.

Understandable Terence, and hopefully you'll be able to strip out the formatting on these slides using Notepad going forward.

(Very) late reply I know, but another solution could be to right click in the Notes tab and press 'Keep text only', which is much quicker than opening and pasting into/out of a Notepad.

Late or not, more ideas are always welcome. 😀