Hey guys!
I'm new here but I could really use some help, I need to create 3 sliders/scale bars like the one in the image. The user needs to be able to move the arrow on each bar to answer the questions. The answers must then be tracked and converted into a bar graph on the next slide.

Does anyone know how this would be possible?
Thanks guys for your help 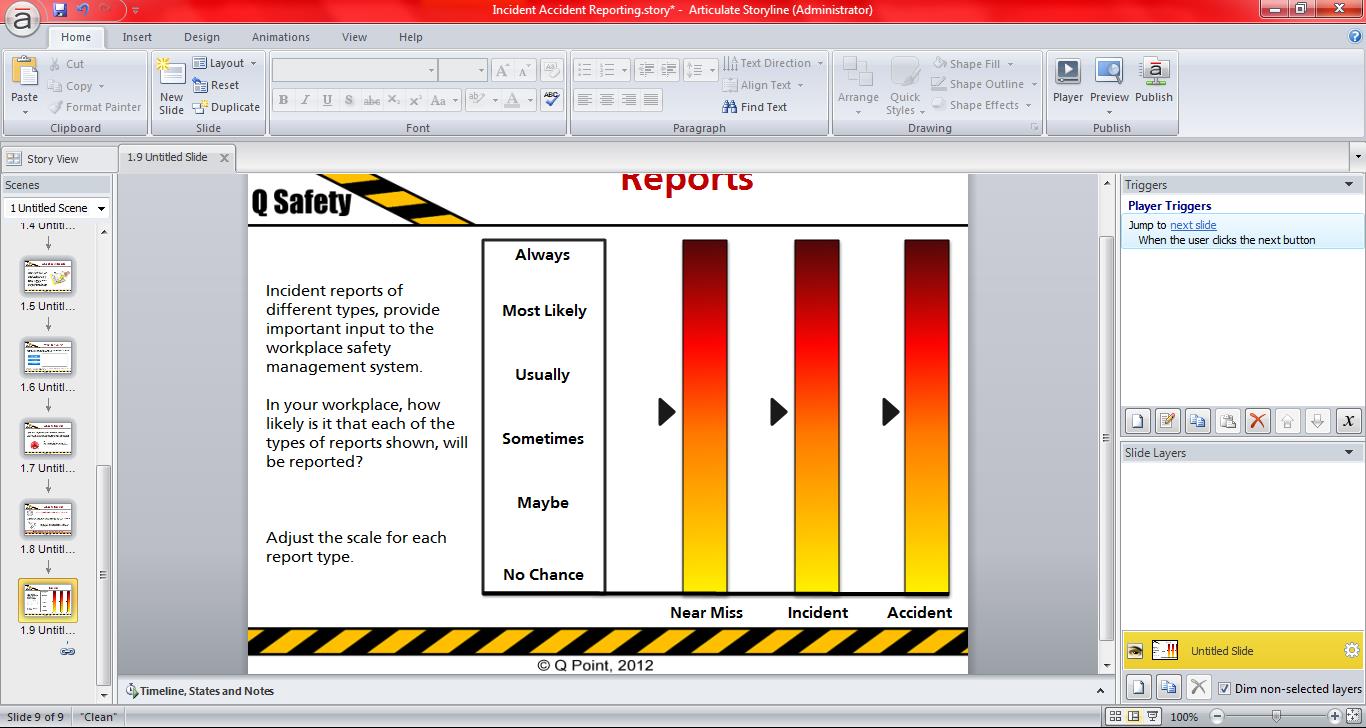 It looks like we're helping you out over here.

This was thought 'impossible' a while ago, but several people have suggested great fixes for it.

Problem no. 1 is that drag and drop objects cannot be constrained to a bounding area. They can be in Flash so as SL is integrated with Flash it would be a terrific feature, should Articulate introduce it.

What's done instead is to create a range of slider 'arrows' along the sliding path, with only one in its visible state (the one in the default location). An invisible drag object is placed over the default arrow. When it's moved, as it sits over the target arrows, they change state to become visible and the former ones become invisible. This creates the illusion of the slider moving.

This is perhaps a low-detail description, and the very nice man that came up with it made this post: http://community.articulate.com/forums/t/33957.aspx

Where it drops, you could set a numeric variable to assign a value.

The smoother you want the illusion of movement to be, the more data points are needed. if you had (say) 10 positions along the slider path, this ends up creating an enormous amount of triggers. If articulate created a question slide with data sliders on it, that took care of all this, it would be an even more terrific feature (I put in a request for this last year).

if you want to create a bar chart, I think you could, but again there's lots of manual coding involved. I think the simplest way would be to set up each 'bar' as one shape with many states - each one one-step bigger than it's predecessor. Then you could make whichever state you wanted to visible, by referring to the variables set on the slider page.

Very best of luck, do keep us posted on your progress.