States on a Recorded Screen

Can I set a state on a recorded screen? And if not, how can I capture if the user has clicked on those areas of the recorded screen that are not correct?

I suppose I could create an invisible button over the entire screen and then have a separate hotspot over the area on the screen in which we want them to click.

Any help is very much appreciated.

The recorded screen itself doesn't have states, but are you using Try it mode or Test mode? If you were to use Test mode, it would track if they clicked in the "Correct" or "incorrect" location, and you could also show a Try again layer if you change the number of attempts: 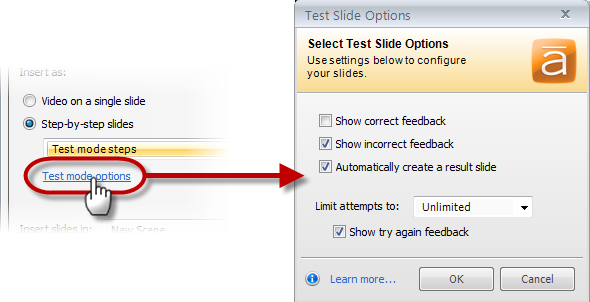