For several programs that I am working on, I want to have an intro section , followed by the main body that is organised into numbered sections. The intro and the subsequent numbered body sections are all separate SL scenes.

So that the menu maps to the sections I have created, I generated the intro as Scene 6, and set it as the starting scene.

The Menu dialog in the player shows this, as in the attached screenshot. But the player doesn't follow the numbering system, and simply starts from '1' every time. Can I do anything about this, apart from removing the numbering altogether, or not using the menu at all? 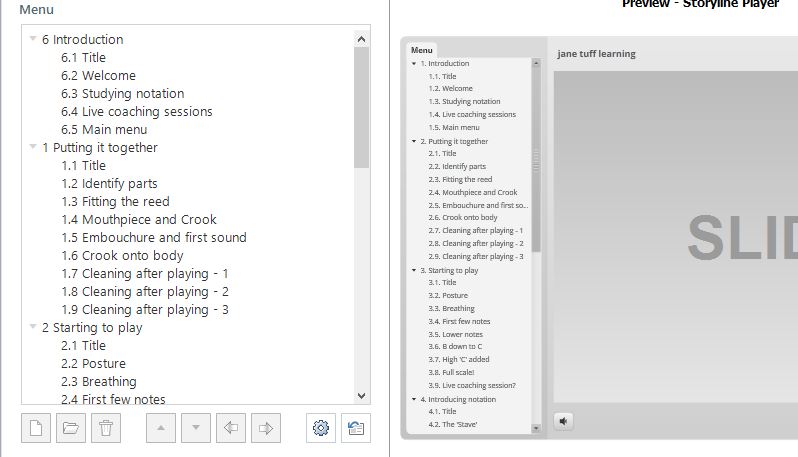 Haven't tried it, but is "Scene 0" possible?

If you want to keep the automatic numbering in the menu I think the only way would be to manually remove the introduction from showing up in your menu. Then your first section would start with number 1.

Otherwise, what you could do is remove the automatic numbering (in your Player Properties > Menu > click the tool icon on the bottom and uncheck automatic numbering). Then rename your scenes/sections titles with a number at the beginning.

Melanie - renaming the scenes with a number at the beginning - great idea, thanks!