How to Identify Studio-13.exe Update Versions?

I am in the midst of a troubleshooting scenario with Presenter 13. I'd like to try rolling back from Update 3 to Update 2 to see if that resolves my issue. I have several studio-13.exe files and want to know which is which, since they're all named the same by the good folks at Articulate.

So, how can I tell which exe file contains Update 2? Is it the "File Version" in the Properties dialog? 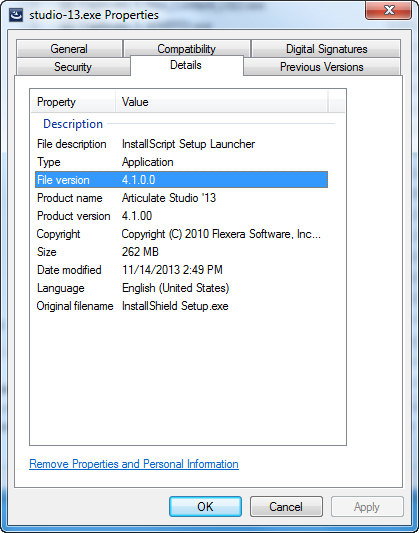 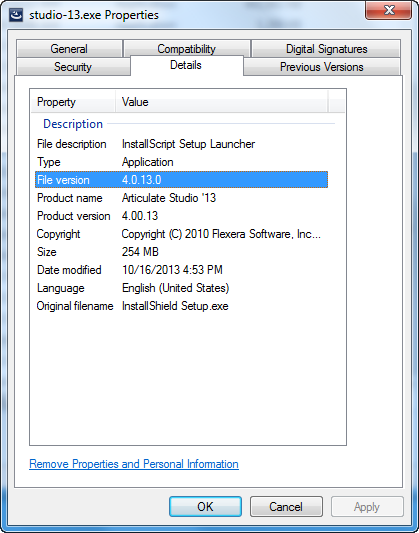 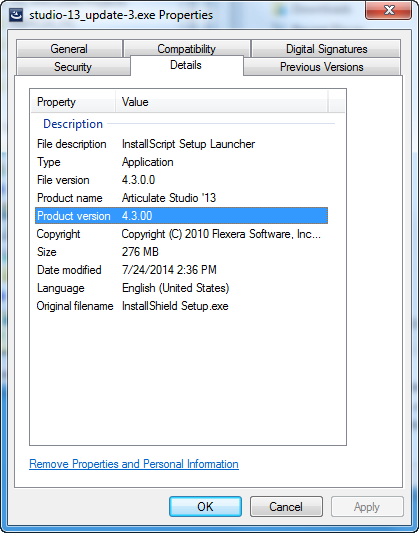 You're looking for 4.2.0.0 (not shown in your screenshots above). When downloading an update, I always append the filename with the update number.

Yes, exactly. I am looking for Update 2. I figured that what I have is Update 1 and Update 3, and wanted to confirm that 4.2.0.0 is Update 2. Thanks for helping confirm what I suspected.

Now, if I can just find Studio 13 Update 2 somewhere….anywhere…. (I have a Support Case open and have requested Update 2 but haven't heard back yet from Articulate Support.)

Hi Bob! I popped in to check on your case (00414715) and it looks as if Gren has taken care of you. Thanks for working with support.