Not allowing user to click once they've already done so

So this one is really bugging me!

The way I want it to behave is that when the user returns to the scene after going through, say, character 1, they cannot select that character again.  I also want the character who has been selected to be "greyed out".  I've achieved that using the visited state.

For the purposes of getting help from you, I've put in a second blank slide to represent "going through the characters story", from which you can return to the character selection scene.

I can't seem to get this to work.  Any help would be greatly appreciated!

Instead of using the Visited state, I would add a Disabled state to both characters and adjust the two slide triggers to change the character states to Disabled. 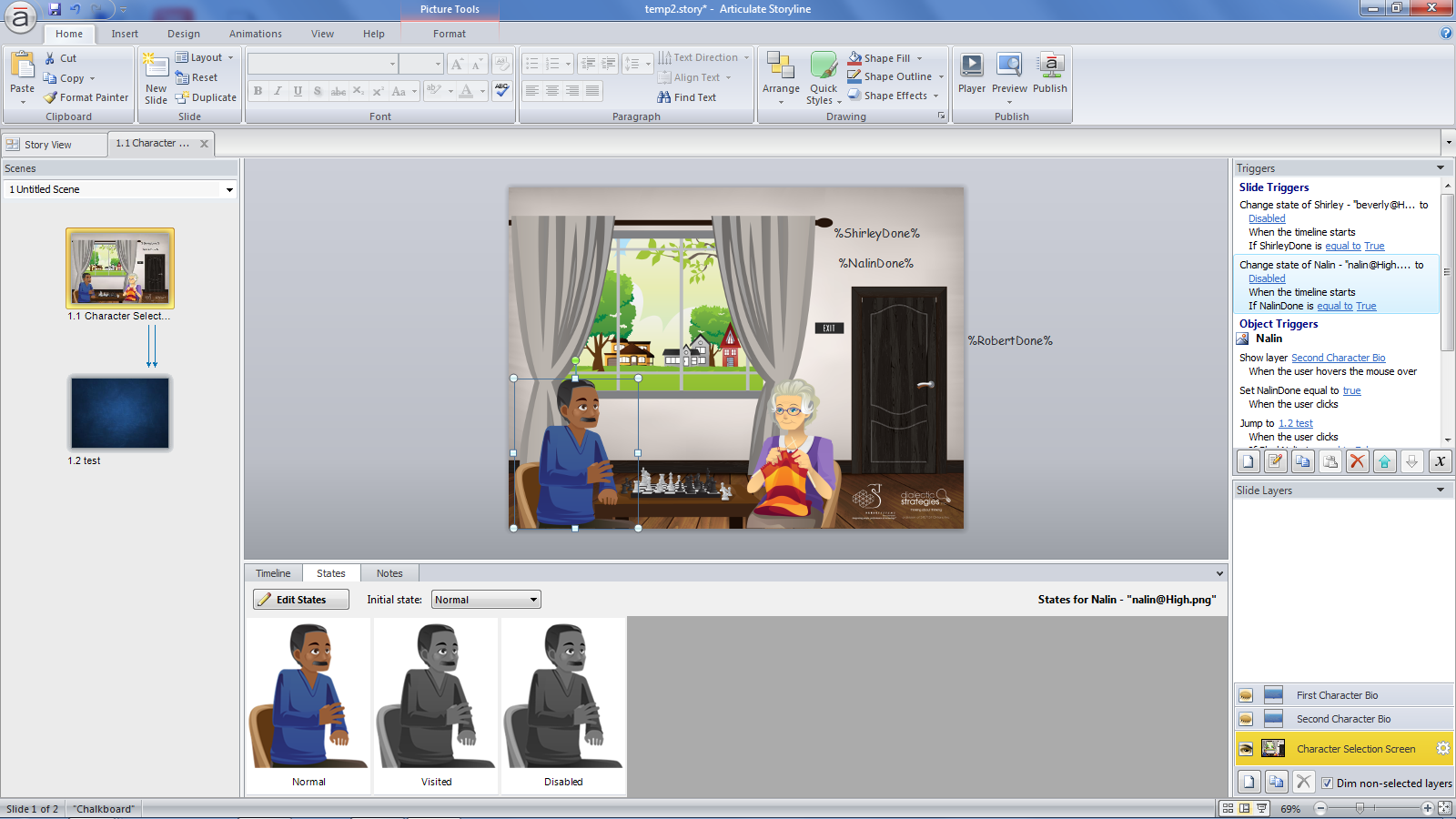 You're awesome!  Thanks, Michael.