Slides are not being displayed under the correct Scenes

So I'm having a bit of an issue with some slides that are refusing to go where I'm putting them.

I created a new project with a single scene.  I added a bunch of new slides in this single scene and then decided I wanted to break the project up into multiple scenes rather than just one.

I created two new scenes and dragged and dropped some of my existing slides from Scene 1 into Scenes 2 and 3.  The problem is that whenever I publish the project, some of the slides that were originally in Scene 1 are still showing up in Scene 1 even though they've been moved to Scene 2 and 3. 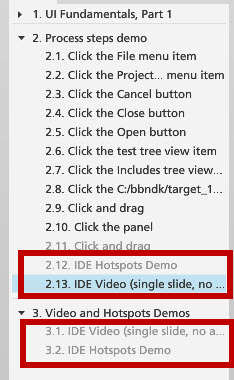 I was wondering, have you tried updating your table of content/menu?

You can do it by going into the player properties and then : 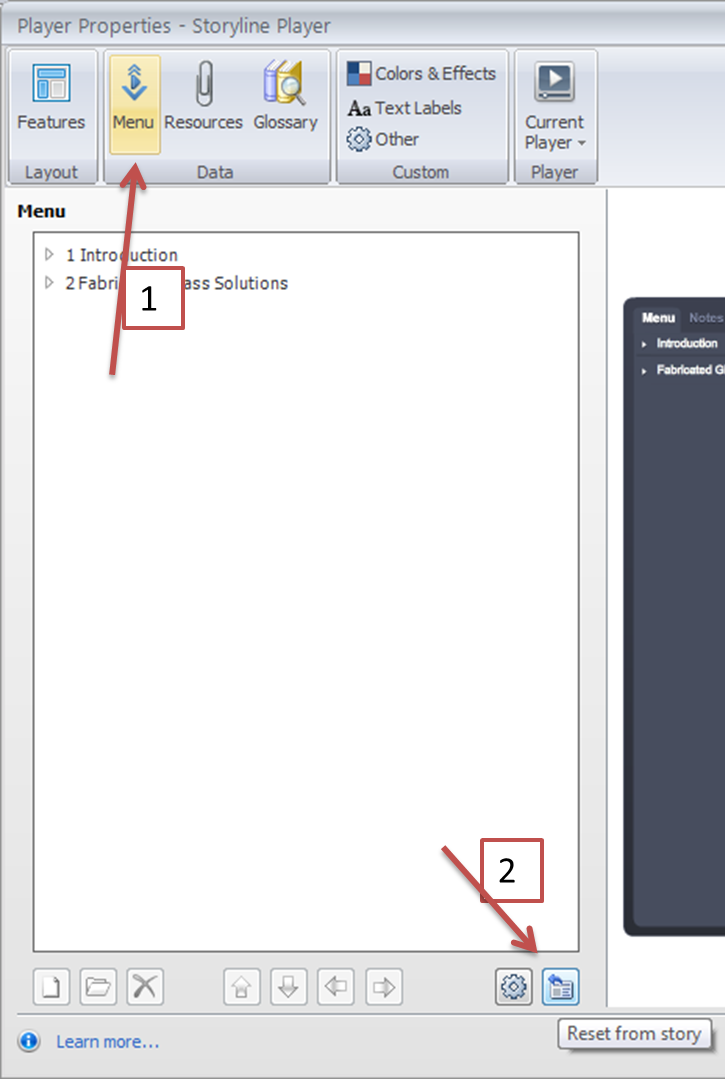 Hope it helps and don't hesitate to post back if you need further information.

Have a nice day!

I know you've already read this in a response earlier, and I don't mean to sound like a broken record, but make sure that you're not viewing the published presentation locally. If you have published it for a web server, LMS, etc. and are still experiencing this, we might need to take a look a the file. Are you able to share your .story file here? You can attach it to your response by using the little paperclip icon.

Annie - what you recommended resolved the issue I was experiencing.  Thank you very much!

This helped for me too!  Thank you!

Glad this thread helped you out Danielle! If you need anything else, let us know!