Does Anybody Remember The Barcode Battler? 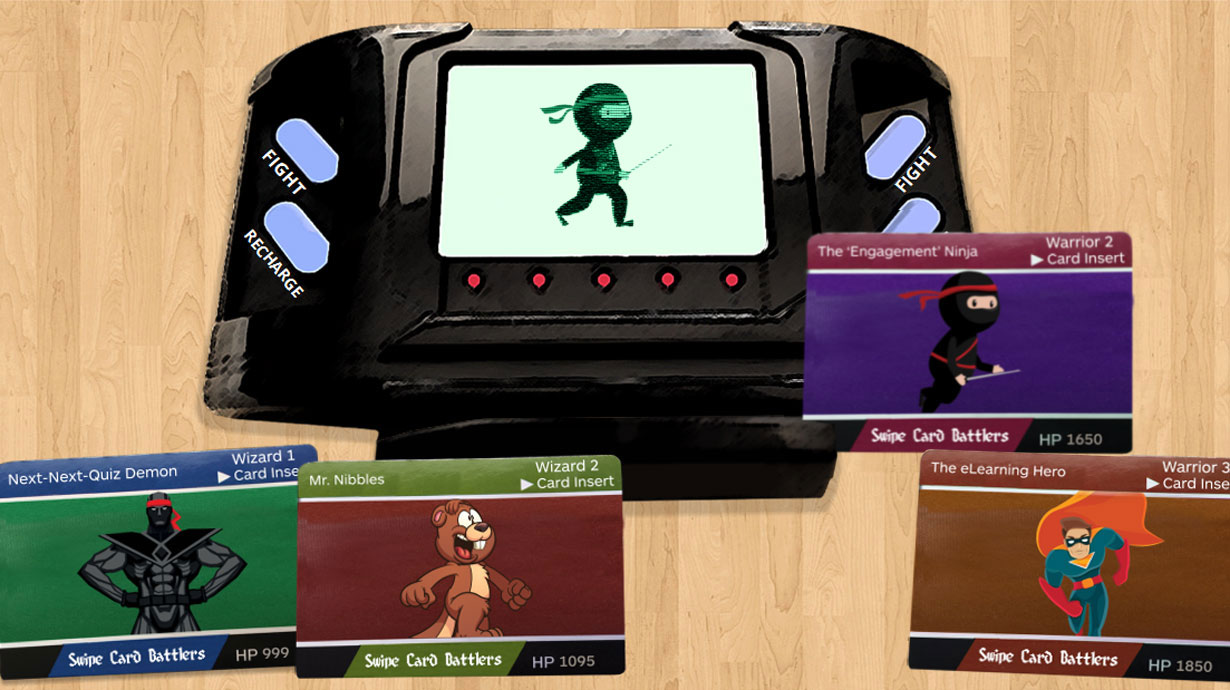 Before we had Pokémon, back in the early 90s there was a handheld gaming device called the Barcode Battler which took barcodes that you could scan in from any household product, or with the cards provided in the box, to produce a warrior/wizard that you could then go on to fight with in a turn-based combat style game.

It had a limited run in Europe and the States, but where it was most popular was Japan where it even sparked a run of a certain brand of cereal in supermarkets when players had discovered it generated one of the most powerful wizards in the game!

Last month for an online game development competition I created my own homage to the Barcode Battler in Storyline. While that's going on, I'd like to share with you a version I published which is tailored to the eLearning Heroes Community Brand, which I hope you will enjoy playing: https://www.discoverelearninguk.com/our-work/swipe-card-battlers-articulate-storyline-360-game/

All of the HP ATT and DEF values in the game all work to calculate how powerful you and your opponent will be in battle, so try mixing the cards up and see what happens!

I can't say I remember these, but nice job! This is really neat, I can't believe it got lost in the forums!

Thanks Veronica! I am really happy you liked the game.

I just saw this post and remember Skannerz...which I bought for my stepson in 2000. What  a memory!

I'm just reading about this now on Wikipedia. Skannerz must have been the 2000's attempt to  step up the Barcode Battler format. It looks cool to me!