Add Hotspot or Interactivity to Images in Rise

Is there any way to add hotspot or some form of interactivity to an image in Rise ?

There are couple of interactive elements which i would like to build in Rise as follows :

a) For example there is an image of an office room with a door. Once the user clicks on the door it will go to the next slide. Can i build this simple interaction in Rise ?

b) A slide contains two objects which will show a different content (layer in case of Storyline) for each when user clicks on them. Only they can proceed to next slide if they have viewed both contents (or clicked both images).

Hi
Firstly thanks for your continuous support in advance.

With my previous request on hotspots my request is to allow e.g. the use of grid of images and other image parts and leading to jump to other branches like a web link or section of the course.
This would be very useful for an interactive glossary or web guide. The button stack layout design is very restrictive as only vertical and no images can be added to the buttons only text.
The graphic label with markers only used for limited information on the graphic.

Thanks for popping in and elaborating on your suggestion a bit more. I apologize if we overlooked it previously.

I do see where we've had a similar request for a branching scenario block. I'll add your thoughts to this request.

Alyssa shares some ideas here that may be able to help you in the meantime.

It also looks like a bit of your email signature came through when you replied via email. You can remove that if needed by clicking ‘Edit’ beneath your response. Here’s a quick Peek video if you need help.

if you have the time you can build this quickly in Storyline and add it as a block.

I have seen this example a few months ago. This is a very creative way to invent the idea of branching using that header graphic and the buttons.

The wait is over: the scenario block is here! Check out this tutorial to find out how to create scenarios in Rise 360.

And this isn’t the only cool feature we released today! Check out our what’s new page for the full list.

Let me know if you have any questions or comments! 😁

Is there any way to change this functionality of full screen pop-up??

Have we got hot spots in Rise now?  Please show me how as can't see it.

my request was to be able to use images grids or individuals to click or  touch and branch onto other parts of rise .I know we have the button list but this will look so much better and visual on Rise as everything about it is sleek.

1. Improvement to random bank of questions in assessment

2. Option to add images on the background not only colours

3. Have Random banks on  for assessment  and feed back options made the same as on the blocks.

Thank you as always

Hello, Arpana and Shilpa! Thanks for your questions.

When you say "image hotspots," it sounds like you're referring to the Interactive Labeled Graphic block.

While there isn't a way to adjust how the captions open on your device, the behavior should match what you see when you test the device icons while previewing your course, as shown below. 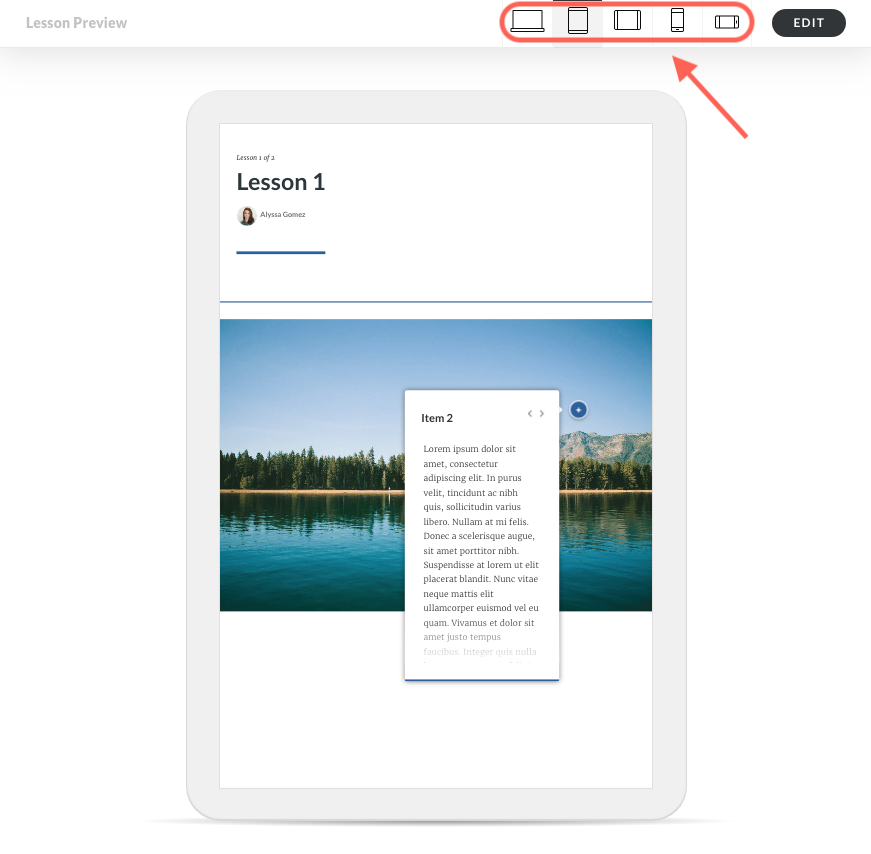 And thank you for your feature requests, Shilpa! It helps us to know how in-demand those features are.