Can I have a "master" layer on top of every slide?

I'd like a way to put something on every slide that's in front of--not behind--each slide's content.

On my Slide Master, I've created an animated menu. Here's its dormant "state": 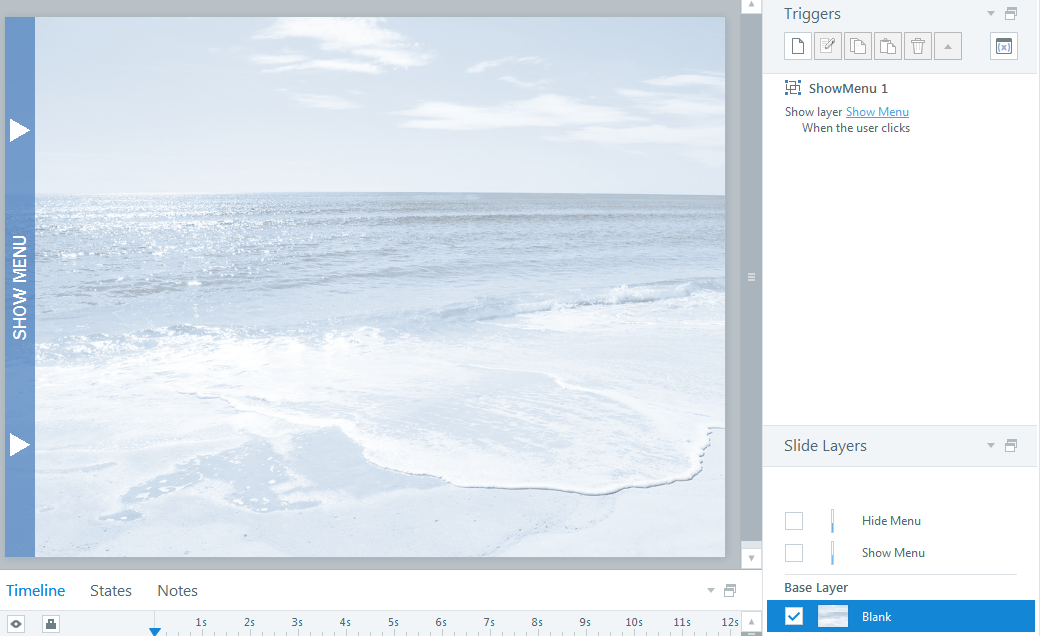 When the user clicks ShowMenu, the Show Menu layer is visible: 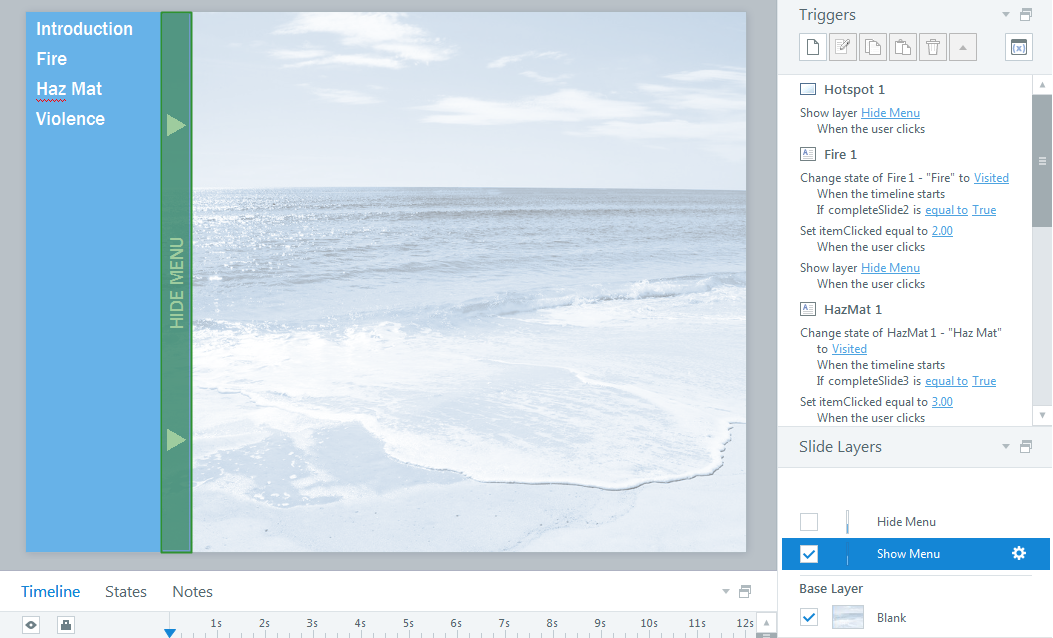 For most slides, it's perfect--the Show Menu and Hide Menu layers are in front of any given slide's content. If I have something large on a slide, however, the content of the Base Layer of the Slide Master (the ShowMenu "button") is behind/under it as shown below. Is there any way--other than pasting the ShowMenu button onto every slide (and, even then, I wouldn't know how to tell it to show a layer from the Slide Master) to have content on every slide on the top layer? 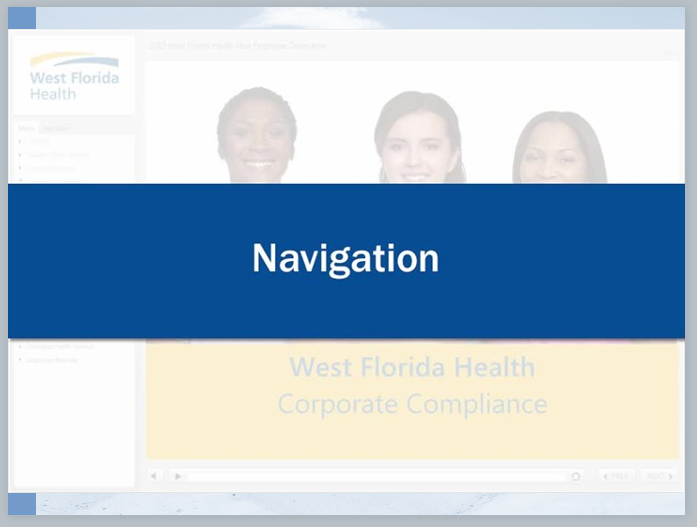 In this case, I could reduce the dimensions of the video--and probably will--but I've wanted this ability for several different effects & projects so if it's possible, I'd be delighted.

You can show a layer from a slide master by adjusting a variable.  Add your layer to your slide master and then add a trigger on to show layer when variable changes (I would choose a numeric variable).

Back on your slide add a trigger onto your menu button to add 1 to the variable.

The only way to call a layer from a slide without having buttons on the master itself is via the method I described, just increment a variable and it will show your layer.

Thank you for trying but you are totally not understanding me.

Here's an example of what Phil is talking about. You can "remote control" triggers on the master slide by using variable change listeners. Since layer behavior automatically jumps the last opened layer to the top, you can create "slide sandwiches" with master layer content above and below the slide content.

One problem you'll find is that opening new layers will hide your shown layer. See the example for one workaround for this. Adding an object with a brief delay that shows the master layer will produce a brief flash but the layer will persist.

This works both ways. You can use the same trigger "remote controls" from the master slide to target triggers on the base slide.

Thanks Steve I thought you would have an example around somewhere, hope this helps Jay.

Sorry for the resurrection.

I have a similar issue and think I understand Jay's issue?

Slide master has the menu.  It works fine as long as you do not have a base layer image (screen shot from screen recording in my case.

What happens is you have a base layer that the image on there is now over the slide master layer and the in built menu you created.  All the above responses do not help if you can not see the menu to click on it!

For ease of understanding, forget the menu.  Is there anyway to set something on your master that will always be on top?  i.e. put a logo in the top right on the master and then when you are on your slide in normal view, draw a shape and it covers the logo.  Can you stop that and have objects (menu or otherwise) always on top?

Hi, Glenn -- Thanks for your question, and as this thread is a bit older, some of the participants may no longer be subscribed. If you'd like to reach anyone directly, you are welcome to use the 'Contact ME' link on their profile page. Or, you are welcome to share your file here in case others would be able to stop in with some ideas you can try. :)

Give that a try, and let me know how it turns out!

Is it also possible to display a master layout on top on each layer of a slide?

No slide master layouts are behind. To have them in front you need to use the master layer as described here

Not really Phil. I'd have to use the feedback master for that, but it doesn't work because storyline just has the following bug:

The bug that we have filed is for layers in the Feedback Master will not display when triggered from the base layer.

You can use a layer on a slide master which is what is being described here, not using a feedback master.

The bug as explained there also has a work around. Although I rarely use feedn=back masters.

You can use a layer on a slide master which is what is being described here, not using a feedback master.

The bug as explained there also has a work around. Although I rarely use feedn=back masters.

2) Are you talking about your workaround? From my point of view, you uploaded the same STORY-file as Erwin did. If you mean the workaround that the objects from the Feedback Master should be copied directly to the respective layers, I already have it in use.

The answer is 1 you use a slide layer on the master. But you have to think the design through. All layers by default are set to hide other layers, so obviously showing another layer will hide that layer.

You can either set the layers in your project to not hide other layers (and then work through the ramifications of this in some of your design)or set up triggers on your layers to ensure that the layer on your master loads (ensuring that the master layer is not set to hide other layers) after they load.

Did anyone find a way to make the navigation and footer elements on the slide master stay on top of content? Is there an article by articulate on how to do this? Thanks

I have the same question... how to have objects on a slide master - that will always be above items on any slide? Surely this is a pretty standard requirement?